With increasing pressures on clinical laboratories to cut costs and be more efficient, management tools such as Six Sigma and Lean are gaining more traction in medicine. More widespread in the manufacturing industry where it originated, Six Sigma has many potential applications in the clinical realm. This article aims to provide an overview of the Six Sigma methodology as well as the basics of its implementation in the clinical laboratory in order to help lab managers decide if it is right for them.

What is Six Sigma?

First used by Motorola in 1979, Six Sigma is a way to increase quality by reducing errors and variation in processes. It also aims to build a culture that always strives for improvement. This management concept is often paired with Lean, another quality improvement method which aims to reduce inefficiencies and waste in organizations in order to cut costs and boost productivity.

A Sigma value or Sigma level shows how often errors are likely to occur in a process. More specifically, it stands for the number of errors per million opportunities—the higher the Sigma, the fewer the number of errors. Six Sigma is the highest level on the Sigma scale, representing just 3.4 defects or errors per one million opportunities while one Sigma is the lowest level, meaning 691,462 defects per million chances.

Here are some of the ways Six Sigma can be applied in the clinical laboratory:

Why is Six Sigma important to the clinical laboratory? 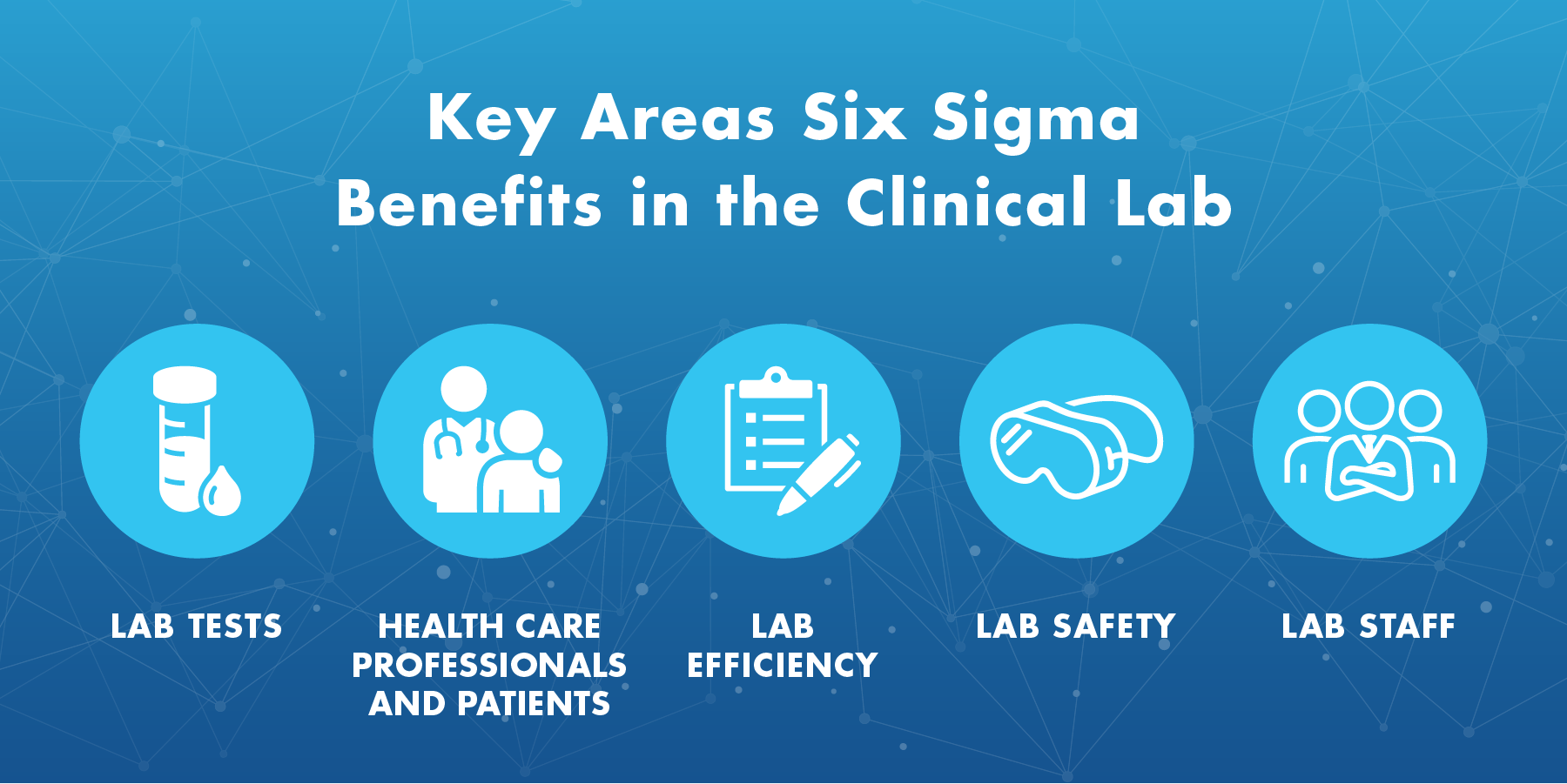 Since clinical labs can be responsible for hundreds of thousands of tests and millions of test results each year, reducing errors is critical. Hospitals and health professionals rely on accurate lab tests to do their jobs—saving lives and treating patients. A mistake with a single lab test could lead to misdiagnosis, missed diagnosis altogether, or even death. According to one paper, most errors in clinical lab tests occur in the pre- and post-analytical stages, making these areas good targets for Six Sigma implementation.

How to implement Six Sigma

In any Six Sigma project, getting buy-in from everyone involved is the first step. “It is critical to involve all levels of staff in the process to produce better results,” say Tamer C. Inal and colleagues in their Journal of Clinical Laboratory Analysis study, “Lean six sigma methodologies improve clinical laboratory efficiency and reduce turnaround times.” That study involved applying Lean Six Sigma in the central laboratory of a teaching hospital. The researchers added the project must also have a clearly defined leader who has Six Sigma training. To decide if Six Sigma is right for your laboratory, one recommendation is to start small, choosing one project for Six Sigma implementation.

Keys to Six Sigma success in the lab include: 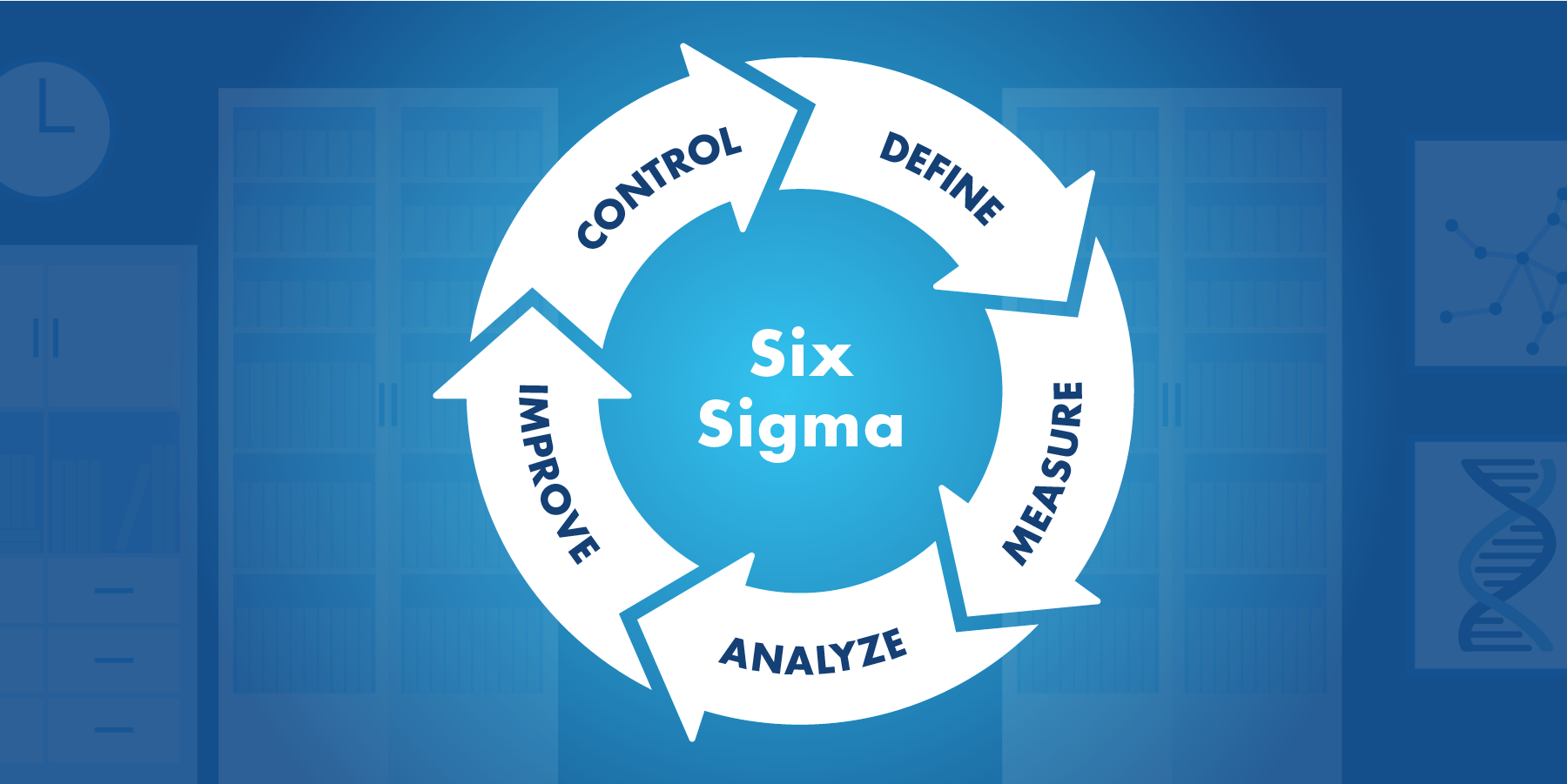 There are several different ways to implement Six Sigma, but the most common involves five stages represented by the acronym DMAIC which stands for define, measure, analyze, improve, and control. Another well-known Six Sigma acronym is DMADV (define, measure, analyze, design, verify) which is used when developing a new process or when the DMAIC method has failed to correct an error-filled process.

With the DMAIC method, labs or other organizations should:

Define who the customer is and what their needs and expectations are. In the case of clinical labs, customers could be patients or the health care professionals who rely on lab testing.

Measure the process you’re looking to improve. First you need to create a plan to collect data, then collect that data to figure out what errors/defects are occurring and the metrics to measure them against. For example, Inal and colleagues used turnaround times (TATs) for individual tests and the percentage of steps that could expose staff to biohazards to measure the success of their Six Sigma project.

Analyze your collected data to identify the key causes of errors in the lab and areas that could be improved.

Improve the lab process you’re focusing on through solutions/plans your team has come up with. This could mean automating a process to reduce human errors and prevent ergonomic injuries.

Control the new and improved process to ensure the changes stick. Make sure staff aren’t going back to the old methods of doing things. Develop, document, and implement a monitoring plan to ensure the new process is maintained. This might mean ongoing training for lab staff to refresh them in the new methods.

What level of Six Sigma training do you need? 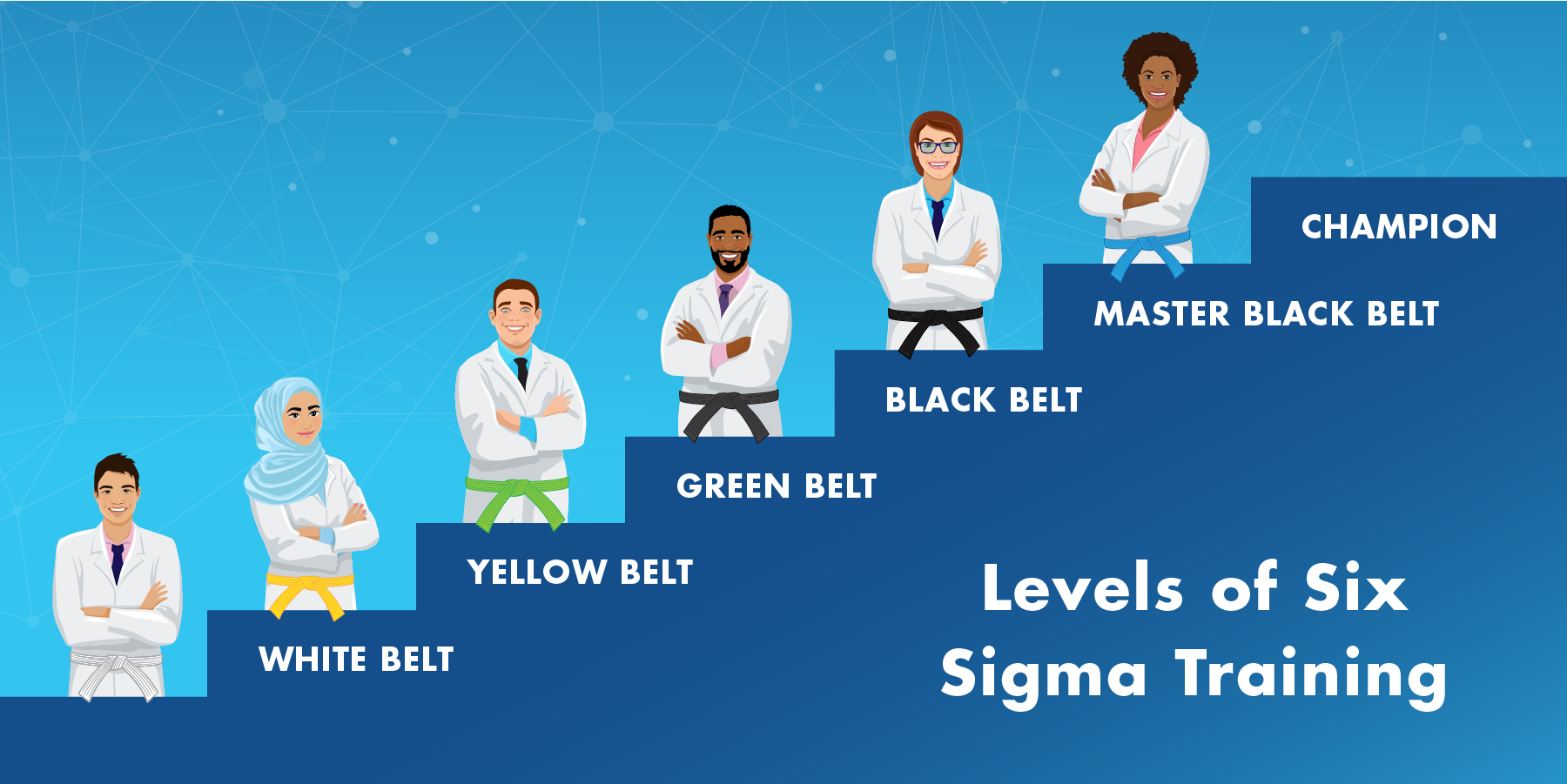 Six Sigma certification is divided into six levels: White Belt, Yellow Belt, Green Belt, Black Belt, Master Black Belt, and Champion. The higher the level, the more in-depth the knowledge of Six Sigma you’ll walk away with. In their paper “Quality Improvement in Clinical Laboratories: A Six Sigma Concept,” Jawahar (Jay) Kalra and Ashish Kopargaonkar recommend that organizations consider training a large portion of their staff at the Green Belt level to ensure Six Sigma implementation is successful. As a lab manager in charge of implementing Six Sigma in one or more areas of your lab, you will likely need at least Green Belt level training.

White Belt: Introduces staff to the basics of the Six Sigma concept. All staff involved in your lab will likely need at least this level of training.

Yellow Belt: Prepares staff to be team members on Six Sigma projects. This level is also suitable for staff in charge of basic continuous improvement projects.

Green Belt: For staff leading more intensive Six Sigma projects, usually on a part-time basis in addition to their regular job tasks. This level is appropriate for most clinical laboratory managers.

Master Black Belt: Staff with this level of training are responsible for training the Black Belts in the organization or laboratory. A Six Sigma Master Black Belt designation is given to those who are trained in many performance improvement methodologies and have many years of leadership, project management, and mentorship experience.

Champion: This level of training is usually given to a high-level executive, division leader, or director responsible for overall quality in an organization. They oversee the entire process and are especially important at the beginning of Six Sigma implementation when challenges are most likely to arise.

These are a few resources that clinical labs may find helpful in implementing Six Sigma:

Overall, however, there are numerous case studies that show Six Sigma as an effective way to reduce time and monetary costs in the clinical laboratory while improving many processes. But, for implementation to be successful, each lab member needs to buy in to the process and proper training and management are critical.