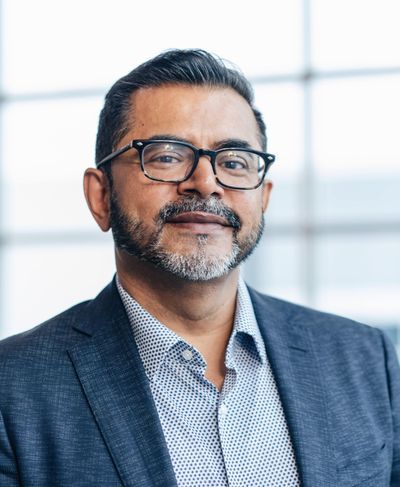 Manher (AJ) Joshi was appointed to the role of Atara Biotherapeutics’ chief medical officer in September 2018. He joined Atara in August 2016, initially serving as senior vice president, global medical affairs. He brings more than 15 years of clinical, drug development, and commercialization experience in orphan and large markets to his role at Atara. AJ received his MD from the Boston University School of Medicine, his BA from Boston University, and completed his internship and residency in medicine at Yale.

Cell and gene therapies have entered a critical point in their development. T-cell immunotherapies that modify a patient’s own T cells, called autologous chimeric antigen receptor (CAR) T-cell therapies, have demonstrated success treating blood cancers. From a scientific standpoint, autologous CAR T-cell therapies are an incredible leap forward and the remarkable remission rates obtained in populations of patients illustrate the promise of T-cell therapy. What makes the T-cell immunotherapy platform powerful is its design flexibility to fight cancer or target drivers of inflammation in autoimmune conditions. But it also has limitations.

Current CAR T-cell therapies rely on an approach where the patient’s own immune cells are collected, genetically modified, and infused back into the patient. This one-at-a-time manufacturing process is complex and takes significant time that a patient may not have. Moreover, since this therapy is typically used in very sick patients, the cells harvested may be malignant or impaired, yielding less than ideal attributes. Additional limitations include safety and re-dosing challenges that may limit use.

The next evolution in immunotherapy currently under investigation is allogeneic T-cell therapy, which has the potential to leverage the power of a healthy donor’s immune system. Importantly, this approach is designed to allow for more efficient batch manufacturing, so therapies can be available off-the-shelf rather than custom-made for each patient. These donor cells have not been exposed to chemotherapy or the immune effects of cancer, which can result in less variability and improved cell quality.

In the US, more than 90 percent of individuals will be infected with EBV by the age of 35. Most of these individuals will experience either a temporary illness or no illness at all; as part of their immune response, they develop EBV-specific T cells, which circulate in their peripheral blood.

While rare, EBV is involved in the development of certain cancers and appears to be involved in certain autoimmune diseases, including multiple sclerosis (MS). B cells infected with EBV may cause an immune cascade that activates the immune system to identify the individual’s own cells as foreign, destroying healthy tissue (in the case of MS, the myelin sheath that normally insulates a person’s neurons).

We know EBV T cells have the intrinsic ability to target and kill cells expressing surface EBV proteins. Importantly, these EBV-specific T cells traffic to the site of disease and have a central memory phenotype, which allows them to rapidly expand and persist in the body long enough to target the disease. These T cells can be collected and isolated from the peripheral blood of healthy donors.