To improve patient outcomes, translational cancer research has largely focused on gaining new insights into predictive biomarkers that can guide better treatment decisions. Specifically, biomarkers that can determine if the therapy is working once it has already been initiated are a powerful tool. The predictive power of these post-treatment biomarkers allows clinicians to better understand who will benefit from a therapy earlier on in the process. If it’s not working, clinicians can quickly pivot their approach, saving precious time and sparing the patient side effects from drugs that offer them little value.

Scientists have established the utility of a range of types of biomarkers, such as circulating tumor DNA (ctDNA), microRNA (miRNA), androgen receptors (AR), messenger RNA levels, and DNA methylation. Unlike tissue-based samples, these biomarkers are detected in bodily fluids—a process known as liquid biopsy—making them a faster, cheaper, and less invasive testing option for routine use.

Once a sample is obtained through a liquid biopsy, there are a variety of methods that can be used to detect and quantify biomarker(s) of interest. The key qualities needed for effective decision-making are measurement sensitivity, specificity, and lab-to-lab reproducibility. One tool that has been shown to be sensitive, specific, and reproducible is droplet digital PCR (ddPCR). The technology works by separating samples into tens of thousands of nanoliter-sized droplets, within which PCR reactions are performed. When the target DNA is amplified to endpoint, the droplets that contain the DNA fluoresce more strongly, which signals whether the droplet is positive or negative for the target DNA. This enables exact quantification, which can be crucial for determining the predictive power of a post-treatment biomarker.

In a recent study, researchers used ddPCR to track the progression of unresectable recurrent/metastatic (R/M) HPV+ oropharyngeal cancers. While human papillomavirus (HPV) ctDNA is known to circulate in these patients, it is present at very low levels, which challenges the sensitivity of older technologies. The researchers collected plasma from ten patients with R/M HPV+ oropharyngeal cancer who had completed one or two treatment cycles of systemic therapy. When the samples were then tested with ddPCR, the researchers were able to detect a change in HPV ctDNA after just one treatment, which was predictive of radiographic response. This finding suggests that the assay and biomarker could be used to predict treatment response more rapidly than imaging. Moving forward, the researchers believe the assay could be developed to help clinicians better detect cancer recurrence and therapy response as well as serve as a screening modality for patients suspected to have this type of cancer.

In another study, researchers looked at plasma androgen receptor (AR) copy number (CN) status as a biomarker for metastatic castration-resistant prostate cancer (mCRPC). They wanted to understand how this biomarker could predict treatment outcomes for different doses of a common mCRPC treatment, docetaxel. AR CN has already been identified as a tool for predicting whether patients will respond better to AR-directed therapies or docetaxel. However, its ability to determine an optimal dose of docetaxel is not well understood. This information would be extremely valuable as approximately 30 percent of mCRPC patients on docetaxel are taking a reduced dose because of reduced toxicity profiles and physician-patient preferences.

The researchers studied 325 mCRPC patients over an eight-year period. They assessed AR CN status using ddPCR in patients either receiving a standard dose or patients receiving a reduced dose, which was 75 to 80 percent of the standard. They found that AR status (normal or CN gain) did not predict treatment outcomes with the standard dose, but it did predict outcomes with the decreased dose. Patients with higher baseline plasma AR CN levels who were taking the reduced dose showed reduced progression free survival and median overall survival. These patients were also less likely to show a reduction in PSA levels following treatment. This means that AR CN status could help oncologists determine if patients should receive the adapted or standard docetaxel regimen.

With their high sensitivity and specificity, ddPCR-based liquid biopsies can provide reliable and timely biomarker information, which may help guide oncologists’ initial treatment choice and the decision to change course when a therapy isn’t proving to be effective. Smarter treatment decisions spare patients from unnecessary side effects and save precious time that could be used to explore alternative treatment regimens. 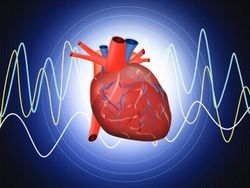 Lipid Biomarkers in Urine Can Determine the Type of Asthma

Lipid Biomarkers in Urine Can Determine the Type of Asthma