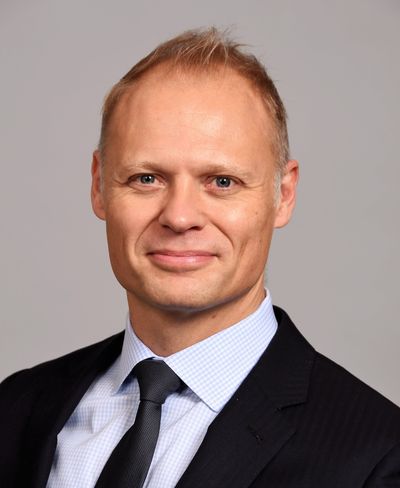 Aaron Hudson, PhD, is vice president, global marketing and strategy at SCIEX, a global leader in the sensitive and precise quantification of molecules. SCIEX is part of the Danaher (NYSE:DHR) family of global science and technology innovators and is committed to helping customers solve complex challenges, improving the quality of life around the world, and in doing so, realizing life’s potential. He received his PhD in molecular genetics and protein chemistry, and his BSc in biochemistry and microbiology from The University of Sheffield, UK.

Metabolomics studies are primarily performed using liquid chromatography coupled with mass spectrometry (LC-MS), as this method offers the greatest precision in terms of sensitivity and specificity and measuring multiple useful parameters, including molecular weight, of many species at once. It also lends itself well to both the targeted analysis of known metabolites and the untargeted analysis of unknown molecules in a sample.

In metabolomics, analytes can vary greatly in size and polarity, with some being highly polar small molecules. This wide variety can be challenging to capture in a single run using conventional LC-MS technologies, which separate analytes based on their mass-to-charge (m/z) ratio.1

The comprehensive detection and quantification of as many metabolites as possible would require that the LC-MS be run on both reverse and normal phases, and in both negative and positive ionization modes, meaning a total of four injections.

This methodology has been successfully implemented in multiple metabolomics experiments, such as in a small study of patients with amyotrophic lateral sclerosis (ALS), also known as Lou Gehrig's disease.2 ALS is a progressive disease of the nervous system that leads to paralysis and eventually death. By correlating the metagenomic and meta-metabolomic profiles of patients diagnosed with probable or definite ALS and comparing them with those of healthy controls, researchers were able to first identify two kinds of bacteria that may be implicated in the pathology of ALS—one of which was more abundant while the other was less so—and then determine the metabolic pathways that were involved in the interaction of the symbiotic bacteria and human cells. The bacterial species and metabolites identified in these analyses may become biomarkers of ALS risk and lead to the discovery of new treatment targets.

For targeted assays, the application of hydrophilic interaction microflow for the LC step prior to the MS scan is a potentially more efficient alternative to standard, reverse-phase LC-MS. Using a protocol developed by SCIEX that employs ammonium hydroxide to maintain a constant pH of 9.0 in both mobile phases. The high pH removes protons (hydrogen cations) from the stationary phase, so that the hydrophilic interaction chromatography (HILIC-MS) can more selectively detect a greater number of polar metabolites than standard LC-MS, with a single injection.1

These and other advances in LC-MS technologies and methods are leading to a growing body of data on multiple disease and health states based on metabolomics and other omics (e.g., proteomics and lipidomics) analyses, leading to groundbreaking biomedical and life sciences research.