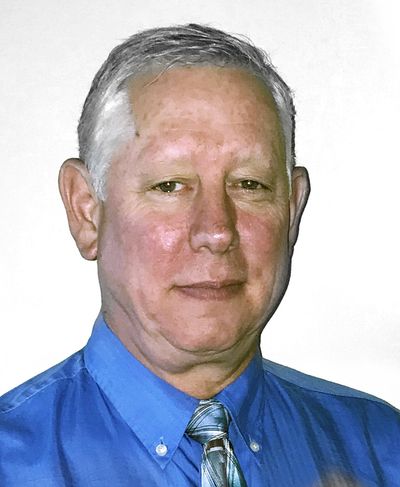 Dr. Gregory E. Gonye is a principal field application scientist at Purigen Biosystems, a transformative nucleic acid extraction company based in Pleasanton, California. Dr. Gonye earned a BSc in biochemistry and a BSc in microbiology from the University of Massachusetts Amherst and a PhD in molecular biology and biochemistry from the University of Connecticut School of Medicine studying oligodendrocyte lineage differentiation. He completed a postdoctoral fellowship at the Dupont Merck Pharmaceutical Company. He then joined the advanced process control group at E. I. DuPont de Nemours, reverse engineering the effect of neuropeptides on blood pressure regulation. This evolved into a systems biology team, applying functional genomics and computational biology across several DuPont businesses. Dr. Gonye went on to cofound the Daniel Baugh Institute for Functional Genomics and Computational Biology in the Department of Pathology at Thomas Jefferson University (TJU). He was also a member of the Kimmel Cancer Center faculty and was active in graduate education and training. After more than a decade at TJU, Dr. Gonye joined NanoString Technologies and helped grow the business over 10-fold. Dr. Gonye has authored more than 60 peer-reviewed articles and holds several patents. He is excited by the transformative potential of isotachophoresis, particularly in the context of extracting knowledge from the samples generously donated to research by patients and their families.

Q: Tissue biobanks all over the world contain hundreds of millions of tissue samples. How are these samples typically stored?

A: There are two major categories of human samples being stored in biobanks. One is tissue, and the other is blood and body fluids. Tissue comes in the form of a biopsy or a resection from surgical pathology that helped guide patient diagnosis and treatment. But there’s always some tissue left over, and most of the major medical centers, and even small community centers, will be involved in biobanking that sample after preserving it as formaldehyde-fixed paraffin-embedded (FFPE) tissue to facilitate long-term storage.

Q: What kind of insights can be gained by analyzing archived tissue samples?

A: Most of the biobank material is going to support retrospective studies, where you have incredibly rich clinical data associated with a sample, such as patient demographics, genetic data, treatment response, disease progression, etc. Using that information, you can do everything from examining the organization of that tissue—which cells are present versus which are absent, how many there are, and how they are positioned relative to each other—to analyzing a single nucleotide change in the genome that makes a person nonresponsive to a drug. And that’s all done by molecular analysis.

Using these studies to develop a diagnostic that’s predictive of response to a certain drug is incredibly valuable when you consider some drugs have substantial and even dangerous side effect profiles. If you have a predictive model from retrospective biobank studies, you can get better at prescribing a drug only to patients that will respond while sparing non-responders from the side-effects. With today’s machine learning and artificial intelligence tools, you can also examine patients’ genomes and ask incredibly powerful questions to understand why a particular group of people responded well to a certain drug.

Q: What are the challenges to extracting nucleic acid from FFPE tissue samples?

A: A primary challenge is the tissue itself. Clinicians want to do whole genome sequencing, RNAseq, methylation studies, etc., but all these technologies require a lot of starting material from smaller and smaller pieces of tissue. Especially if you’re working with a single section of a biopsy that’s 10 microns thick and that’s all you have left because the patient has passed or recovered. Ensuring you’re not wasting this valuable resource is part of the challenge.

Another challenge is the way the tissue is treated. Fixing and embedding was developed for imaging, not for molecular biology. There is certainly some effort to make the process more friendly to molecular biology, but the vast majority of tissue is still going through FFPE pipelines where the tissue is chemically altered by formaldehyde crosslinking then stored for decades. So, in any given biobank, the probability that the tissue is going to be less than a few weeks old is close to zero. It’s typically a couple years up to decades old. Variability in how the tissue was collected, stored, and processed with FFPE introduces a large amount of variability at the molecular level.

Q: What is isotachophoresis and how is it different from bead- or column-based extraction methods?

A: Isotachophoresis is a technique that grew out of the Santiago group at Stanford. Basically, isotachophoresis is a method that applies very straightforward physics—how ions behave in electric fields—to manipulate molecules by charge. Nucleic acids are ions—they have a backbone and it’s made out of sugar phosphate linkages—and they carry a net negative charge. Nucleic acids are unique in that every time you make the backbone one nucleotide longer, you’re adding the same amount of charge, which means the charge-to-mass ratio is a constant. Isotachophoresis takes advantage of that constant ratio to both concentrate and purify nucleic acids. We’ve commercialized this process by combining a fluidics device with a benchtop robotic controller to perform isotachophoresis, which is all done in solution. And unlike bead- or column-based purification, isotachophoresis does not require using known inhibitors or binding chemicals, so we don’t have to worry about further damaging the nucleic acids or trying to remove those impurities from the sample.

Q: What are some of the benefits of using isotachophoresis to purify DNA and RNA for molecular analysis?

"Not only does isotachophoresis recover significantly more microRNAs because it’s not washing away the short molecules, but it also has no sequence bias and less inhibitors and impurities, so the extracted RNA performs better."

A: It starts out with how we treat the tissue. With isotachophoresis we’re not introducing any inhibitors to the downstream processes, which helps ensure a higher functional yield from a limited tissue sample. The way we measure that is by amplifiable yield—measuring how much of that nucleic acid is actually useful—which is the useful part minus inhibition. For isotachophoresis, the inhibitory part is basically zero. That makes a difference for sequencing applications, which are sensitive to impurities and biases. In essence, this means the molecules you start with are the molecules you get back. Isotachophoresis extraction typically yields 2–3x more nucleic acid than conventional extraction methods. When you have a single section that’s 10 microns thick that might be the last piece in the world, our isotachophoresis process is going to get you more nucleic acid, and it’s going to be more amplifiable and have less damage so it’s more useful in downstream analyses.

For example, we worked with an investigator who had a number of samples rejected for sequencing to the point that her study was underpowered. She gave us a representative set of her samples. We did side by side isotachophoresis extraction from the original tissue and built whole exome sequencing libraries from the DNA extracts. We then did library QCs for the approved samples versus the previously failed samples. The QC for both groups was indistinguishable. After using isotachophoresis for extraction, you could not tell which sample had previously failed. Isotachophoresis extraction was able to rescue 100 percent of the failed samples. Extrapolating this back to the study, saving a significant number of her samples resulted in sufficient statistical power.

Q: Are there specific downstream applications where you highly recommend using isotachophoresis?