COVID-19 is described as a respiratory disease, but in its severe form of viral sepsis, it involves dramatic changes to the immune system that we do not yet fully understand.

These include reports of lymphopenia and high levels of pro-inflammatory cytokines in patients’ blood, such as interleukin (IL)-6, which have been found to correlate with the degree of respiratory failure. 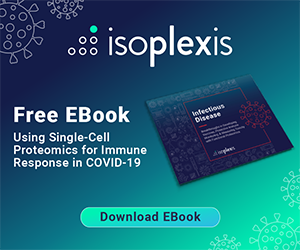 On March 18, 2020, a group of over 50 doctors and scientists in Modena, Italy, called the Modena Covid-19 Working Group (MoCo19) published the first flow cytometric look at the immune response to SARS-CoV-2 in the International Society for Advancement of Cytometry’s (ISAC) journal Cytometry Part A.

Led by Dr. Andrea Cossarizza, a professor of pathology and immunology at the University of Modena and the president of ISAC, the work highlights how multiparameter flow cytometry can be used to rapidly gain a picture of a patient’s immune response from a single blood sample.

For their study, the researchers ran an 18 parameter immunophenotyping flow panel on samples from four COVID-19 positive patients, then merged the data and used an algorithm to cluster cell populations with similar characteristics.

This analysis revealed abnormal distributions of T cell subtypes. Both helper (CD4+) and cytotoxic (CD8+) T cell populations had a high proportion of naïve cells, or cells that had not yet been activated in response to an antigen, such as a virus.

In response to reports of cytokine storms characterized by the presence of abnormally high levels of pro-inflammatory cytokines in the blood of COVID-19 patients, MoCo19 published a second paper on April 10, 2020, describing functional assays that can be used to study patients’ cytokine profiles.

The pro-inflammatory cytokines connected with cytokine storms include IL-6, tumor necrosis factor (TNF)-α, and IL-1, which are usually associated with a pro-inflammatory or T helper type 1 (Th1) profile.

But cytokine storms don’t occur in all patients.

Children and pregnant women, who tend to have a mild response to COVID-19, often favor an anti-inflammatory or T helper type 2 (Th2) profile instead, including IL-4 and IL-10.

The problem is that cytotoxic (CD8+) T cells alone can produce up to 64 cell populations that release different combinations of cytokines, a response to stimuli often referred to as polyfunctionality, which can be measured using functional assays.

In this study, MoCo19 exposed cytotoxic T cells from a COVID-19 patient to different antigens to stimulate a response, then used flow cytometry to evaluate the polyfunctionality of the cells and their cytokine profiles.

Compared to the cells from a healthy donor, those from the patient had a reduced polyfunctional response.

In viral infections, the quality of the response usually helps predict the course of the infection and MoCo19 hopes to determine whether it can do so for COVID-19.

Thus, being able to characterize the polyfunctionality and cytokine profile of patients’ T cells may help clinicians identify patients at risk of developing the severe form of the disease before the onset of symptoms.

A call to action

Overall, MoCo19 describes the immune response to the novel coronavirus as similar to what occurs in SARS and MERS and calls on the ISAC community to conduct a “deep characterization of the immune system” in patients at different stages of the disease.

Accordingly, the ISAC Biosafety Committee has published laboratory biosafety guidelines for COVID-19 and novel procedures approved by the NIH-Institutional Biosafety Committee for CoV-2 cell sorting to aid clinicians and scientists around the world, so expect more in-depth studies soon. 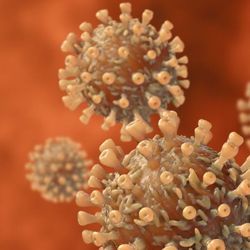