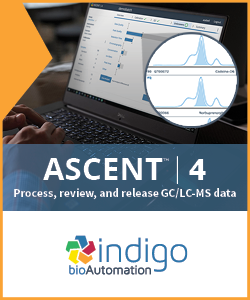 Laboratories wishing to take advantage of the unique capabilities of LC-MS/MS can opt to purchase an in vitro diagnostic (IVD) medical device from a commercial manufacturer, or utilize their own laboratory developed test (LDT). When no IVD is available to cover even the common analytes, disease states, or drug classes, laboratories wishing to provide clinical testing will tend to utilize LDTs. While IVDs include a set of quality measures and metrics as part of their manufacture, the laboratory operating an LDT must develop and maintain its own holistic quality architecture. The testing procedures must also include intentional, effective, and efficient quality procedures that align with laboratory best practices and regulatory requirements.

Basic assay rules (Figure 1, left) are easy to describe within an SOP and easy to implement with basic software. Observations of any particular class (e.g. chromatogram peak area, analyte calibration curve) are considered independent, and failures in one aspect do not carry over to provide information about the rest of the batch. Advanced quality rules involve a multi-dimensional understanding of how the system operates over time, or the correlated relationships between basic rules, or the manifold associations that can act across multiple analytes (Figure 1, right). For a larger discussion about rule types and risk mediation, please see the first article in this series.

The least unified of these advanced quality rules are those that monitor response across analytes. Often applied to questions of human metabolism, these rules focus on conditions that place that single sample in context. Some rules highlight adulteration or modification (e.g. pill shaving, storage failure), while others incorporate external data for medlist or delta checking (e.g. existence of oxycodone, stability of vitamin D). This analysis is typically performed after the data is delivered to the laboratory information system (LIS), creating an expectation for “completing the review after the review is complete.” When a laboratory system cannot accommodate these checks, it puts unfortunate distance between the action to collect the data and the action to confirm the data. Treating them in isolation can result in missing a larger and sometimes clinically important story. 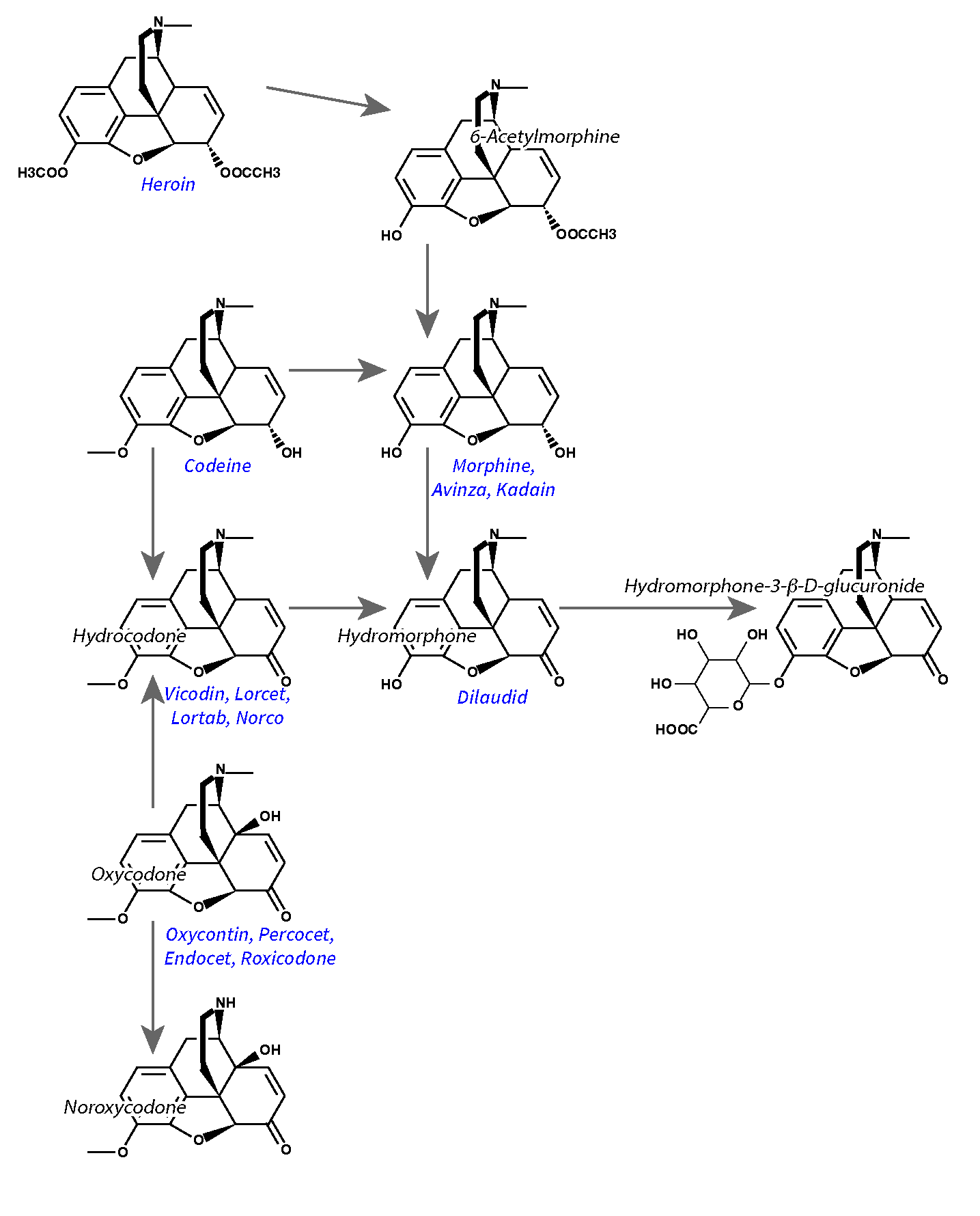 This case study considers the reasoning associated with six opiate metabolism rules from the 600+ custom rules developed under different laboratory needs and assay circumstances. Monitoring the status of a metabolite and its parent is extremely sample and assay dependent. This dependency makes it difficult to create a formalism generic enough to be delivered within basic software packages, especially when a rule may need to monitor multiple analytes and deliver different messages to one or more of them.

Part of the known metabolic pathways for prescribed or abused opiates is shown in Figure 2. With the exception of heroin—very rapidly metabolized to 6-acetylmorphine—each of the analytes in this figure is known to be confirmed by LC/MS-MS. Which compound is monitored in which assay depends strongly on the sample preparation method and the sample handling that takes place between initial collection and eventual instrumentation.

If all analytes in the sample are positive, flag each analyte with “every compound positive.”

A positive sample is likely to register positive for more than one compound, especially for metabolite monitoring. Observing the presence of codeine and hydrocodone, for example, is fairly common. As the breadth and completeness of the assay expands, it becomes unreasonable to justify the presence of every compound in a single subject. Instead, it is increasingly likely that lab actions are responsible for delivering a result like this, such as a registration error in sample placement or a preparation error in sample workup. This basic alert requires no particular logic surrounding biological metabolism or chemical preparation and promotes the opportunity for timely confirmation of sample provenance.

For a subject receiving pain management, failure to achieve a positive test reading suggests the prescription is being diverted to another source. The metabolism of the various parent and conjugated molecules is well understood, and the high availability of glucuronic acid makes glucuronidation one of the more common mechanisms in opiate metabolism. For assays where sample preparation does not remove the glucuronide functional group, routine drug monitoring should demonstrate the conjugated molecule as the prevalent species. Finding only hydromorphone and not the glucuronidated version is unexpected, and a likely sign the hydromorphone is being added to the sample after collection (“pill shaving”). Rules that need the medication list to confirm expectations would operate in a similar fashion, where both the parent and the dominant metabolites should be seen.

If both hydrocodone and oxycodone are detected, but noroxycodone is absent, flag oxycodone with “false positive.”

The predominant metabolite of oxycodone is noroxycodone. While hydrocodone is a minor metabolite of oxycodone, variations in individual human metabolism allow the possibility for it to be present in measurable quantities. That minor metabolite can also be used to monitor the veracity of the oxycodone signal in a three-way status check. Failure to measure the noroxycodone in the presence of both the principle compound, oxycodone, and the minor pathway, hydrocodone, points to an incorrectly identified oxycodone signal. Tracking on three compounds in order to build a report for one compound is an advanced alert, which is much easier to correctly execute with a software solution than with active visualization.

If both hydrocodone and oxycodone are large, but hydromorphone is absent, flag hydrocodone with “oxycodone interference, dilute and requantitate.”

Analysis may need to consider both metabolism and instrumentation effects. Easily distinguished by mass spectrometry, chromatography conditions designed to work for the range of all opiate compounds will often elute these two at or very near the same retention time. Cases where hydrocodone is large while hydromorphone is absent suggest there is no hydromorphone metabolism. Another possible explanation, which increases in likelihood as the oxycodone concentration increases, is source fragmentation. A single hydroxyl group separates hydrocodone from oxycodone, and that hydroxyl is labile. If it is broken off before the ion reaches the first MS quadrupole, the similar retention time of oxycodone and hydrocodone makes them indistinguishable within the resulting chromatogram. To clarify whether the hydrocodone peak is only from hydrocodone, performing a sample dilution during preparation will reduce the oxycodone concentration, attenuate source fragmentation, and provide a clean hydrocodone signal.

If both hydrocodone and oxycodone are large, and hydromorphone is large, expand the tolerance on the relative retention time quality rule for hydrocodone.

Hydrocodone is isobaric with codeine and prompts additional control steps to avoid misidentification. One of these controls is the “relative retention time” where the expected hydrocodone retention adapts based on the found value in the calibrators. That window is narrow in order to keep codeine and hydrocodone separately identified. In the presence of a large amount of hydrocodone, it is expected that hydromorphone will also be detected. The interference from oxycodone, discussed previously, may still occur. In this case it is less problematic because the known metabolism of hydrocodone provides confidence about the state of the sample. However, when these species are large and in proximity along the entire run of the column, they may each affect the elution profile of the other. This is less of a concern for oxycodone, where unique precursor and product ions provide an uncontaminated chromatogram. But the isobaric hydrocodone may get flagged as a peak having moved too far from the calibrator value. To eliminate an unwarranted warning if these three compounds are large, the rule adjusts the tolerance window used for hydrocodone peak identification.

If morphine is present in the immunoassay data but absent in the LC-MS/MS data, flag morphine with “IA~MS mismatch.”

Some laboratories run a presumptive immunoassay test on the sample before starting LC-MS/MS sample preparation and data collection steps. As a way to increase the pace of result delivery and decrease the risk of improper sample handling, other laboratories will always run both devices but only review the mass spectrometry data when the immunoassay test is positive. In either circumstance, the data comes from more than one instrument and a unification process must take place prior to delivering the quantified result. Integrating the immunoassay into the LC-MS/MS review provides opportunity for a more robust and complete understanding of the quantitation. This also allows the immunoassay data to become part of the discussion for other advanced quality rules being monitored over time or in context .

The response to conflicting analyte data is often piecemeal and incomplete. Most software designed to review data has been repurposed from the software used for assay development, where the focus is necessarily on tools that optimize the signal of each individual analyte. When these optimization tools are reused for automation, these same features often become unnecessary, counterproductive, and could even damage the results prior to delivery into downstream software. This is especially evident with quality procedures that operate across multiple analytes and multiple instrument sources. When rules have to be implemented outside of the directed review process, either as a “scratch pad” spreadsheet for manually transcribing the data, or as a “review after the review” within the LIS, the extra effort for context switching creates the risk of lost focus. As a consequence, warning signs are missed, or review time gets extended. Endorsing a single software workflow purpose built for automated data review and release ensures these multi-analyte checks are performed as soon as instrument collection is complete. Being able to collect good data, and then transform it to good results, requires confirmation that the data is good by using a series of checks against good quality rules. Basic quality rules certainly help. But moving forward with advanced quality rules provides the lab with a more complete picture of the system, and the laboratory, as a whole. 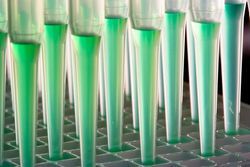