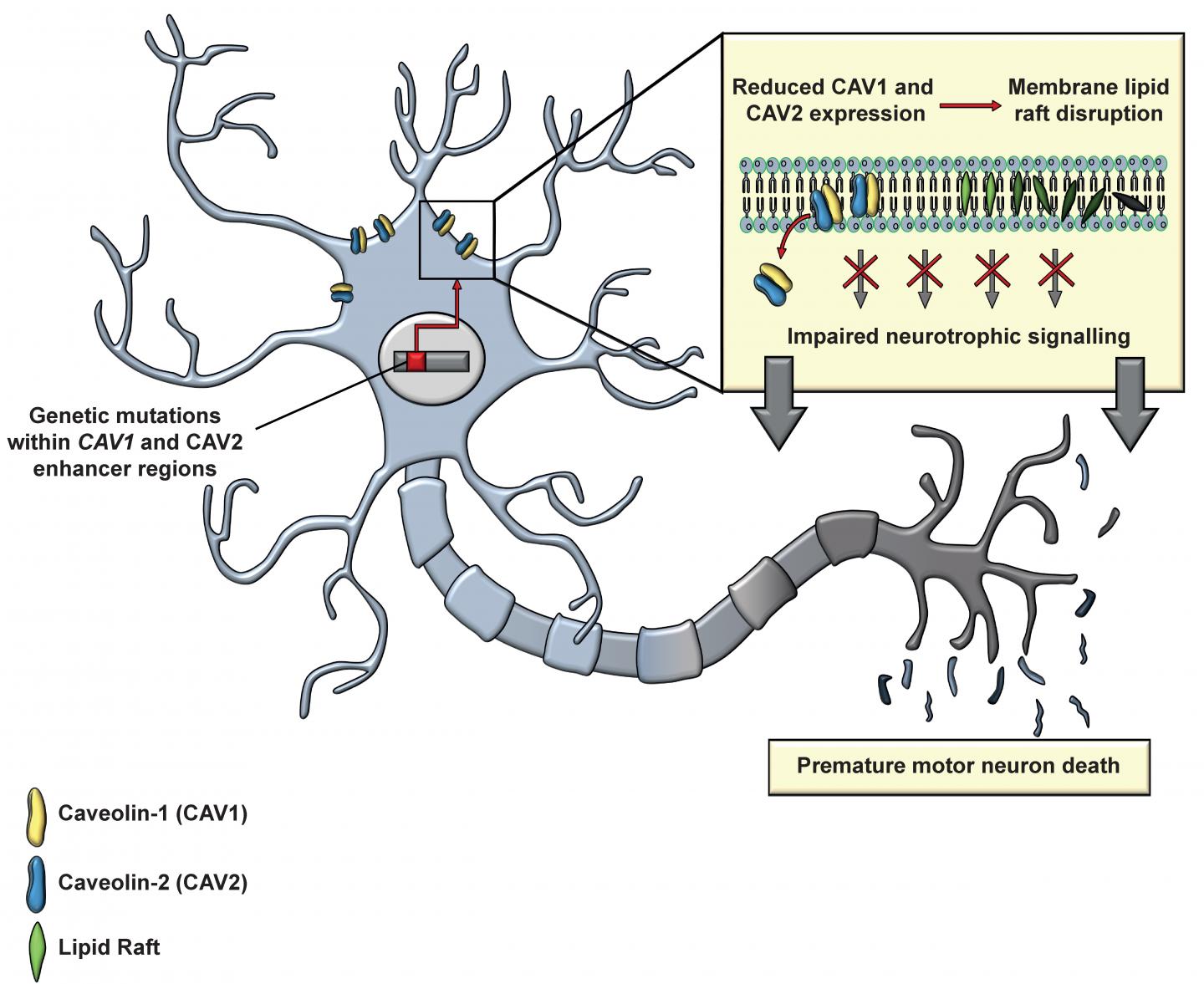 A new genetic risk factor for amyotrophic lateral sclerosis (ALS), or motor neuron disease as it is also known, which if treated could halt or prevent the degenerative condition, has been identified in so-called 'junk DNA' by scientists at the University of Sheffield. The newly discovered genetic changes are present in up to one percent of ALS patients.

The pioneering research, published in the journal Cell Reports, focused on genetic mutations in non-coding DNA, often known as junk DNA because it does not directly encode protein sequences. Non-coding DNA makes up more than 99 percent of the human genome, but currently is relatively unexplored.

This research includes new methods for studying mutations in non-coding DNA, which could be applied to other diseases.

ALS is a disorder that affects the nerves—motor neurons—in the brain and spinal cord that form the connection between the nervous system and muscles to enable movement of the body. The messages from these nerves gradually stop reaching the muscles, leading them to weaken, stiffen, and eventually waste.

Related Article: ALS and Frontotemporal Dementia: Early Diagnosis Thanks to an Experimental Test

Dr. Jonathan Cooper-Knock, lead author of the study and NIHR Clinical Lecturer in Neurology at the Neuroscience Institute at the University of Sheffield, said: "Until now scientists have never systematically examined non-coding or junk DNA in relation to the development of ALS.

"Not only have we identified a mutation in junk DNA which puts people at risk of developing a certain form of the ALS, but we have also found that by targeting the mutated gene with the established neuroprotective drug called SynCav1, it might be possible to halt or potentially prevent the disease progressing in those patients.

"This is a significant breakthrough in terms of genetic risk factors driving personalised medicine for ALS patients."