In fact, about half of patients who had one of three common surgical procedures done in Michigan between 2015 and the midway point of 2019 received at least one routine test beforehand.

That's according to new research in JAMA Internal Medicinefrom a collaboration between the University of Michigan-based Michigan Program on Value Enhancement (MPrOVE) and the Michigan Value Collaborative (MVC), a statewide initiative that focuses on improving medical and surgical quality.

Yet, plenty of evidence suggests that preoperative testing is often unnecessary for low-risk surgeries.

usually improve outcomes for patients. At worst, it can lead to more invasive testing and delay surgery, which can create complications that could have been avoided if the tests weren't done.

"There aren't that many areas in medicine where the data is pretty definitive that something is low-value," says Lesly Dossett, MD, the division chief of surgical oncology at Michigan Medicine and the codirector of MPrOVE, "but preoperative testing before low-risk surgeries is certainly one of them."

How testing started—and why it continues

In the latter half of the 19th century, modern surgery was still in its infancy.

Anesthesia was new, and even minor surgeries were not routine. So, researchers used tests to assess their patients' physical health and measure their risk of complications during operations.

"There was probably a time when some of the testing did reduce adverse events," Dossett says. "But now there's been so many advances in surgery—complication rates are so low that a lot of these tests are not necessarily helpful anymore."

Others agree with her.

Professional organizations ranging from the American College of Surgeons and the Society of General Internal Medicine to the American Society of Anesthesiologists have identified routine preoperative testing as a low-value type of care that should be reduced whenever possible.

In 2012, the American Board of Internal Medicine Foundation even launched an initiative called the Choosing Wisely campaign that promotes conversations between health care providers and patients about unnecessary medical tests and procedures.

But, almost a decade later, preoperative tests continue to be ordered. 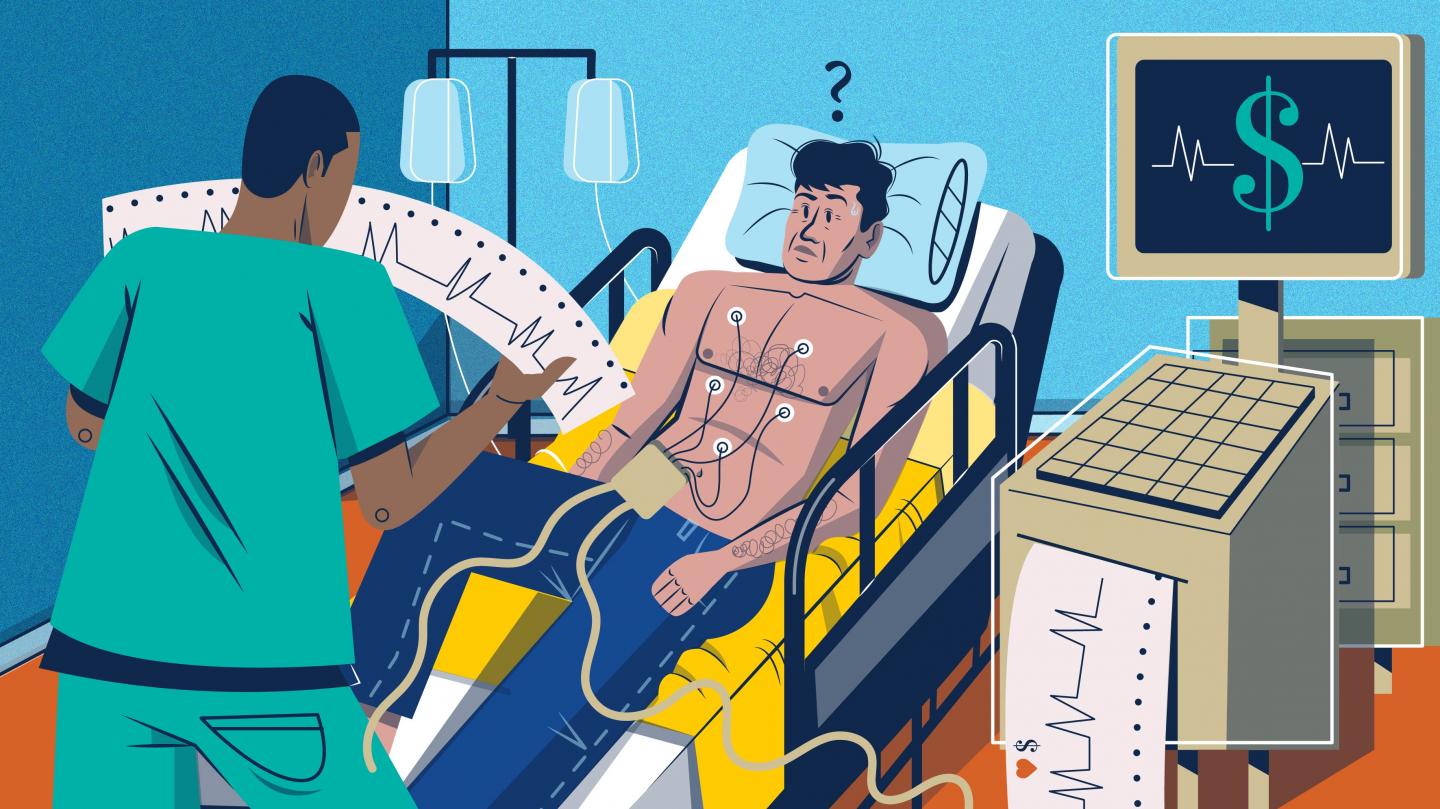 Of about 40,000 patients in the University of Michigan study who had surgery to either remove the gall bladder, repair a groin hernia, or remove cancerous breast tissue, close to a third underwent two or more tests beforehand, and about 13 percent had three or more.

The most common tests were a complete blood count, an electrocardiogram, and a basic metabolic panel, all of which aren't inherently necessary before these surgeries.

"It's one thing to say that this is well recognized in the literature," says Hari Nathan, MD, PhD, who happens to be the division chief of hepato-pancreato-biliary surgery at Michigan Medicine as well as the director of the MVC, "but it's a different thing to put it in the hands of the clinicians who are at the bedside in an easy-to-read, easy-to-understand, and convenient-to-carry-around format."

Patients who had a complete medical history and physical done during a visit that was separately billed were more likely to have had preoperative testing as were those who were older or had more than one medical condition.

"I could see those two latter factors being in the background, hypothetically giving some pressure to do more testing," says Nicholas Berlin, MD, MPH, a plastic surgery resident at Michigan Medicine and the first author of the study. "That's not to suggest there's an age threshold or a comorbidity that requires preoperative testing every single time. There's not."

A small number of people who fall into these categories may actually benefit from having these tests done, although it's difficult to know exactly how many based on this data, the researchers say. Yet, when they adjusted their model to account for that issue, they still found overuse of testing.

The data also revealed wide variations in testing, not only between the 63 hospitals studied but also within health systems for the same procedures, pointing to the need for more research to drill down further into the origins of the problem.

"We have more work to do on our end to figure out what's driving these differences within and between hospitals," says Berlin, who's also a National Clinician Scholar at the University of Michigan Institute for Healthcare Policy and Innovation. "This is signaling to other projects in the future between MPrOVE and statewide quality collaboratives that use more of an on-the-ground approach."

This study represents one of the first partnerships between the MVC and MPrOVE, a joint venture of IHPI and Michigan Medicine that tries to optimize patient care, improve quality, and demonstrate the value of care at Michigan Medicine through research and analytics.

In the past, MPrOVE has worked to reduce preoperative visits and tests such as EKGs before cataract surgery at Michigan Medicine, but its leaders wanted to expand the scope of their research to include other procedures and more hospitals.

The MVC was an ideal partner to do so: Funded by Blue Cross Blue Shield of Michigan, the initiative allows more than 90 hospitals and 40 physician organizations in Michigan to compare their data and identify best practices as well as opportunities for improvement.

"There aren’t that many areas in medicine where the data is pretty definitive that something is low-value, but preoperative testing before low-risk surgeries is certainly one of them."

"It's something that's squarely in MVC's strike zone and fits very well with MPrOVE's mission," Nathan says, "It just made sense for us to work together on this."

Limiting preoperative testing is one of two signature projects for the MVC, and Nathan has already started meeting with area health systems to tackle the issue.

"Some hospitals routinely send patients through a preoperative clinic, which represents a way to move the needle here in a very targeted way, just by influencing what gets ordered in the setting of that clinic," he says. "At other hospitals, there is no such clinic, and the individual surgeons and/or anesthesiologists are ordering tests, so that might require a different approach in order to get more adherence to guidelines."

"But I love seeing variation because when we see variation, that means there's an opportunity to learn from one another," he adds.

One of the challenges in reducing preoperative testing is that it generates revenue for hospitals, which means there's not a financial incentive to do less of it, Dossett says. But Nathan says that, based on his interactions with local health systems, he believes there's an appetite for change in this area.

"At the end of the day, we all recognize that as a society, we need to find ways to curb health care costs," he says. "That's in everybody's interest. Even if, on your balance sheet, you think it makes sense to do more tests just to make money, as health care providers and as a nation, it does not make sense. It is unsustainable. When we talk to our members, everybody gets that."