Q&A
Top Image:
There is a transition towards teaching anti-racist, evidence-based medicine to better prepare physicians to treat their patients.
Clinical Lab Manager 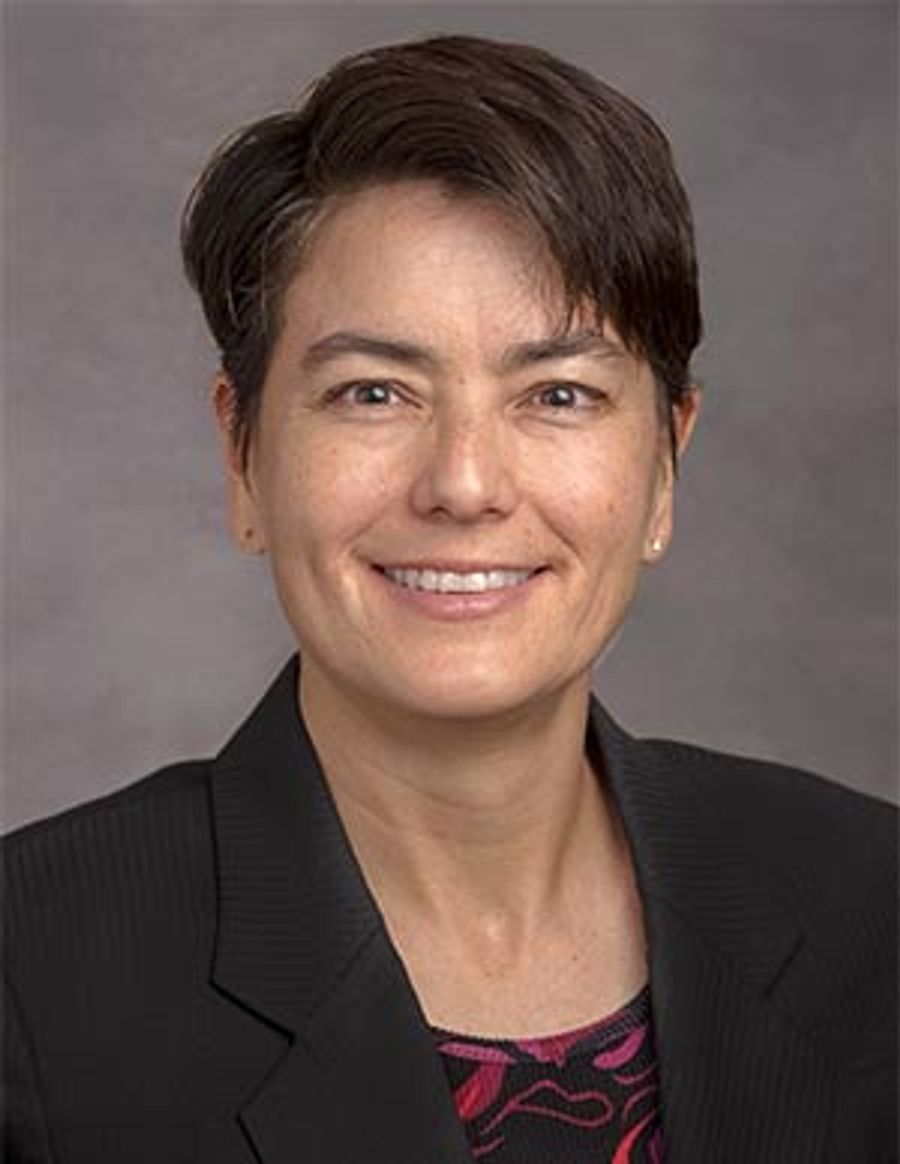 Andrea Deyrup, MD, PhD, is a professor and director for undergraduate medical education for the pathology department at Duke University, as well as a co-editor of the upcoming 11th edition of Robbins and Kumar Basic Pathology and the 1st edition of the Robbins Essential Pathology textbooks. She received her undergraduate degree from Princeton University in the department of ecology and evolutionary biology, before joining the University of Chicago for her PhD in pathology, MD, and residency in anatomic pathology. She completed her formal training in soft tissue pathology at Emory University with Dr. Sharon Weiss. She has published extensively in the field of soft tissue and bone pathology. Since 2015, Dr. Deyrup’s career has focused on medical education, including her current role, where she has served on various committees and advocated for anti-racism in medicine.

Q: You are a doctor and a researcher by training, an educator and textbook editor, and an advocate for anti-racism in medicine. Could you briefly describe how you see your current role in the medical field?

A: The briefest way to state my role is that I see myself as a learner and a teacher. I say it that way because there is so much to learn, particularly in the area of anti-racism. My goal is to communicate what I have learned as accurately and clearly as possible to people who are interested in an anti-racist approach to medicine but do not always know how to engage.

Q: What can you tell us about the current state of medical education in the US?

A: I think we are at an important time in medical education, where there is tension between learners and teachers. For generations, medical education has taught “race-based medicine,” which emphasizes associations between socially defined race and different disease states.

For example, students are taught that sickle cell disease is a disease of African Americans. This focus vastly oversimplifies the fact that sickle cell disease is prevalent because it offers an evolutionary advantage in the setting of malaria. Therefore, the association is not with socially defined race but with geographic ancestry. This awareness allows us to include other populations who are also susceptible to this disease, such as individuals from parts of the Middle East, India, and Southern Europe.

"With increased anti-racism allyship and advocacy, there has been sufficient pressure to incentivize teaching evidence-based, race-conscious medicine to better prepare physicians to treat their patients."

There have been individuals throughout history— largely people who are Black, Indigenous, and people of color —who recognized that race-based medicine is not based on good science and that it is harmful. Due to structural racism, those voices were not well heard. However, recently, more educators are beginning to question what we are teaching, and much of that motivation is inspired by our students. With increased anti-racism allyship and advocacy, there has been sufficient pressure to incentivize teaching evidence-based, race-conscious medicine to better prepare physicians to treat their patients.

Q: What prompted you to research racism in medicine?

A: As a student, I was taught race-based medicine, and I  to say that I had not thought to question it. As I said, it was the water in which we swam. However, a student at Duke Medical School asked me, “Can we talk about the association between race and hypertension?” She referred to a fantastic course we have at Duke, “Cultural Determinants of Health and Health Disparities,” led by Drs. Kenny Railey and Victoria Parente, who teach that race is never a useful proxy or risk factor in health care. However, other courses have continued to use race as a clinical category.

"I found that many race associations were not clinically relevant or were based on faulty science."

After answering my student’s question, I decided to examine every disease in our textbook that was associated with socially defined race. I deeply explored the literature, using my background in evolutionary biology as a springboard. This was back in February 2020, before race had entered the conversation in the ways it did after George Floyd’s murder later that year. My efforts resulted in an 85-page document with figures and references that I call the Deyrup Disparities Document, which I share with my students and interested educators. I found that many race associations were not clinically relevant or were based on faulty science. That has really informed my approach to anti-racist medicine.

Q: How is your work contributing to anti-racism in medical education?

A: Around the same time that I drafted that document, I had been invited by Dr. Vinay Kumar to become a co-editor for the 11th edition of Robbins Basic Pathology. It was the perfect opportunity to use what I had learned and address race-based medicine in a canonical textbook that is used worldwide. Our hope is that this revision will reduce the teaching of race-based medicine.

To help educate practicing physicians who were taught race-based medicine, I have been collaborating with the evolutionary biologist, Dr. Joseph Graves Jr., who is also a consultant for the next edition of Robbins and Kumar Basic Pathology. We have been giving grand rounds talks across the country and writing papers examining race-based medicine, such as a series of guidelines for the writing and revision of textbooks, papers, and lectures. Finally, we are talking with assessment organizations to examine how race is used in medical board and licensing exams. Since assessment drives learning, if we can shift away from testing race-based medicine, we can reduce the teaching and learning of race-based medicine.

Q: Could you tell us about the free educational resources you have created and curated? How can people access them and how are they different from what is already out there?

A: In October 2021, I started a YouTube channel and website that include videos on race-based medicine, as well as basic pathology for medical students. These 20–30-minute videos are freely available on my website, PathologyCentral.org. I strongly believe that a deep understanding of pathophysiology makes one a better physician, and that is the focus of my key concepts videos. I hope that students who want to become great physicians will turn to these videos instead of other resources that emphasize mnemonics or simplified approaches to pathology.

Q: What is your vision for the future of medical pathology education?

"My hope is a return to a curriculum where the importance of pathology and its connection to clinical medicine become more deeply understood by medical students."

A: A widespread shift to integrated medical curricula has significantly reduced the amount of time to focus on pathology. But, if you think about it, “pathology” means the study of disease, and if you are a physician, studying disease is a critical component of your education. Through the newest Robbins and Kumar Basic Pathology textbook and other initiatives, my hope is a return to a curriculum where the importance of pathology and its connection to clinical medicine become more deeply understood by medical students.