DALLAS—Jan. 5, 2021—Researchers at the Children's Medical Center Research Institute at UT Southwestern (CRI) have discovered a new metabolic vulnerability in a highly aggressive form of non-small cell lung cancer (NSCLC). These findings could pave the way for new treatments for patients with mutations in two key genes—KRAS and LKB1. Patients whose tumors contain both of these mutations, known as KL tumors, have poor outcomes and usually do not respond to immunotherapy.

"We used to think that most tumors rely on the same handful of metabolic pathways to grow, but we've learned over the last decade that this is an oversimplification. Instead, different tumor subclasses have particular metabolic needs arising from mutations in key genes. Understanding how specific combinations of mutations promote tumor growth and metastasis may allow us to design tailored therapies for patients," says Ralph DeBerardinis, MD, PhD, a professor at CRI and a Howard Hughes Medical Institute investigator.

While mutations in either KRAS or LKB1 can alter metabolism individually, less is known about the metabolic needs when both genes are mutated in the same tumor. To uncover new metabolic vulnerabilities, the scientists compared metabolic properties of KL tumors genetically engineered in mice to tumors containing different mutations and to the normal lung. 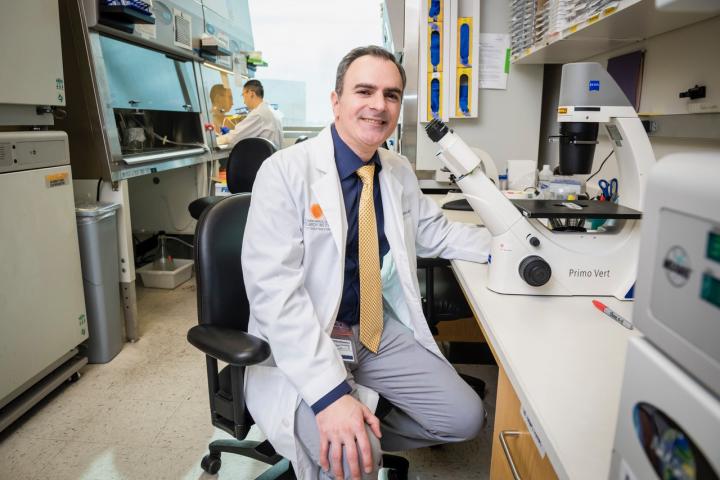 In the study, published recently in Nature Metabolism, they discovered that the hexosamine biosynthesis pathway (HBP) is activated in KL tumors. These findings were consistent with previous research in the DeBerardinis lab that showed KL cells reprogram carbon and nitrogen metabolism in ways that promote their growth but increase their sensitivity to particular metabolic inhibitors.

The HBP allows cells to modify proteins through a process called glycosylation, which facilitates protein trafficking and secretion. The high rate of protein production that fuels KL tumor growth is thought to require activation of the HBP. In order to develop ways to inhibit the HBP, the researchers next identified the enzyme GFPT2 as a key liability in KL tumors. Genetically silencing or chemically inhibiting this enzyme suppressed KL tumor growth in mice, but had little effect on the growth of tumors containing only the KRAS mutation. Altogether, the findings indicate the selective importance of the HBP in KL tumors and suggest that GFPT2 could be a useful target for this aggressive subtype of NSCLC.

"Since no specific inhibitor against GFPT2 exists, our next step is to see if blocking certain steps in the glycosylation pathway could be therapeutically beneficial. Ultimately we are looking for options that can help stop the growth and spread of these aggressive tumors," says Jiyeon Kim, PhD, the postdoctoral fellow who led the study with DeBerardinis. Kim is now an assistant professor in the department of biochemistry and molecular genetics at the University of Illinois at Chicago.

- This press release was provided by the UT Southwestern Medical Center