WHAT: A study published in the Journal of Clinical Microbiology describes a new rapid assay for Lyme disease that could lead to a practical test for use by health care providers. The researchers found the assay, which uses several biomarkers to detect Lyme disease infection, was more sensitive than current laboratory-based tests when diagnosing Lyme disease early after suspected infection. The research was supported by the National Institute of Allergy and Infectious Diseases (NIAID), part of the National Institutes of Health. 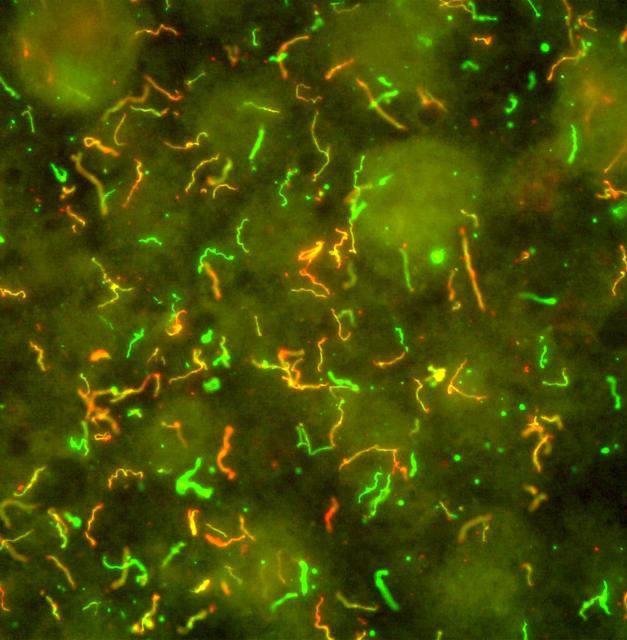 In this image, the spiral-shaped bacteria which cause Lyme disease, Borrelia burgdorferi, have been illuminated using red and green fluorescent antibodies.
credit: NIAID

Lyme disease is caused by Borrelia burgdorferi, a spiral-shaped bacterium transmitted by deer ticks. Most cases of Lyme disease can be treated effectively with a short course of antibiotics. However, Lyme disease can be difficult to diagnose because it causes a wide range of symptoms, from fever and rash to neurologic and cardiac symptoms and joint pain. Current Lyme disease tests also can miss an infection if performed too early. The Centers for Disease Control and Prevention recommends a two-step blood test for diagnosing Lyme disease that looks for antibodies against Lyme disease. These tests require specialized laboratory equipment and can require days or weeks to return results. The authors of the paper plan to develop a simpler, faster, more sensitive test that could be used at the point of care during a single visit to a health care provider.

Overall, the new set of biomarkers was more sensitive than standard Lyme disease tests. These biomarkers were better at picking up signs of Lyme disease infection in early stage samples—possibly because they were able to detect antibodies that peak in the first two to six weeks after a person is infected with Lyme disease. These results open the possibility of developing a point-of-care test for Lyme disease. While the assay will require more refinement and testing before it can be approved by the Food and Drug Administration for widespread use as a simple diagnostic test for Lyme disease, the researchers say that these results show great potential. 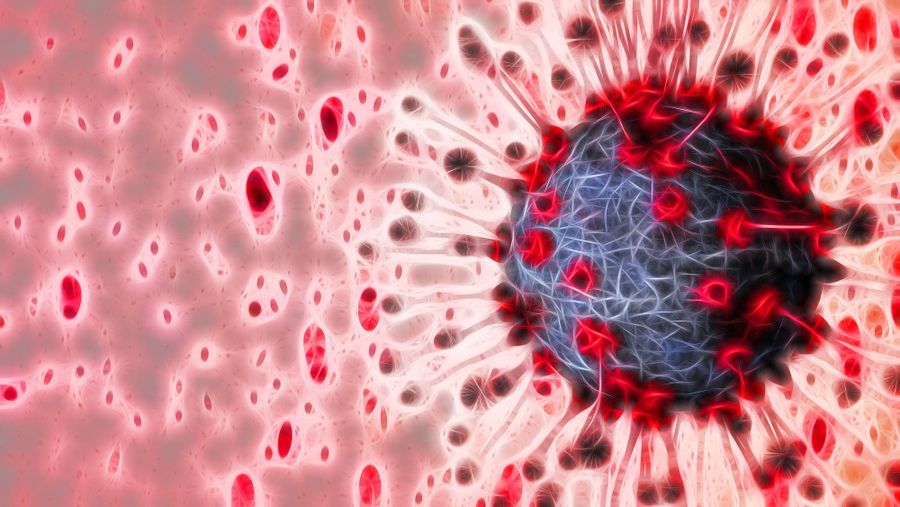 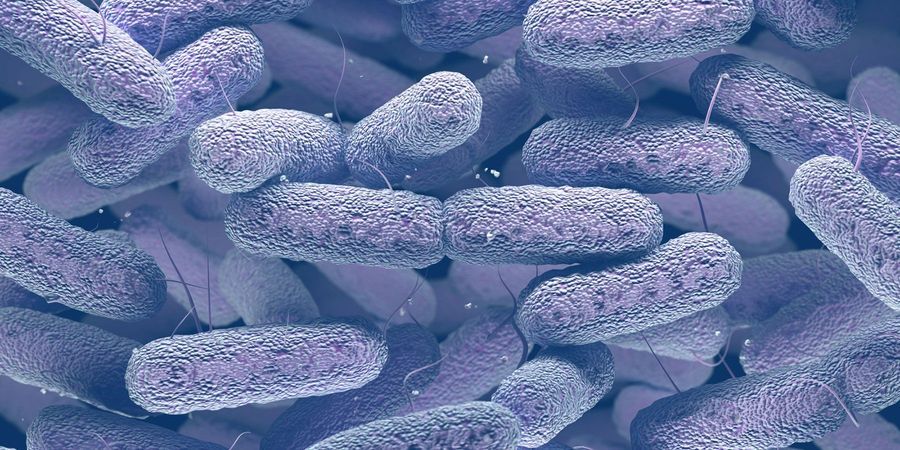 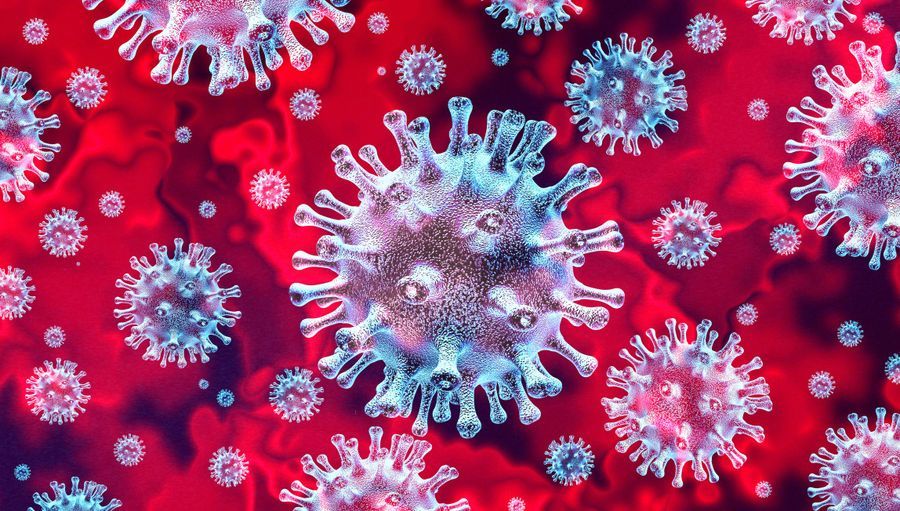 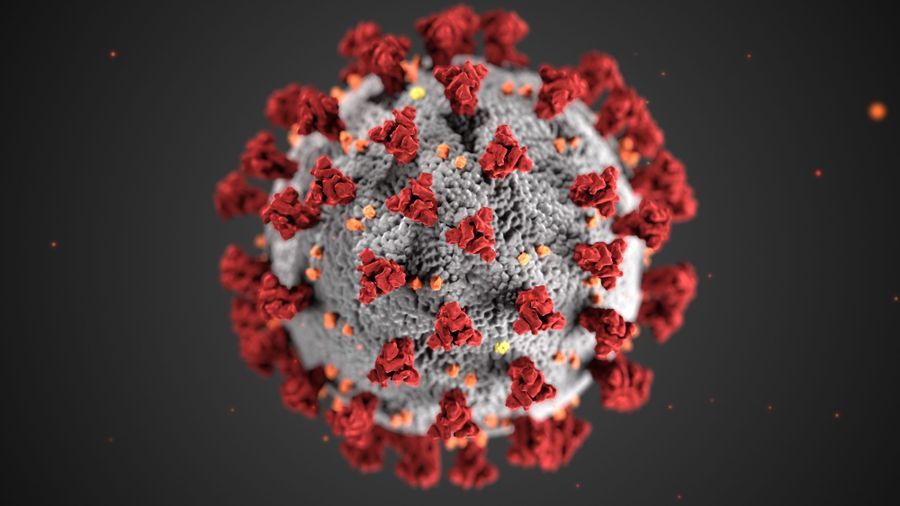 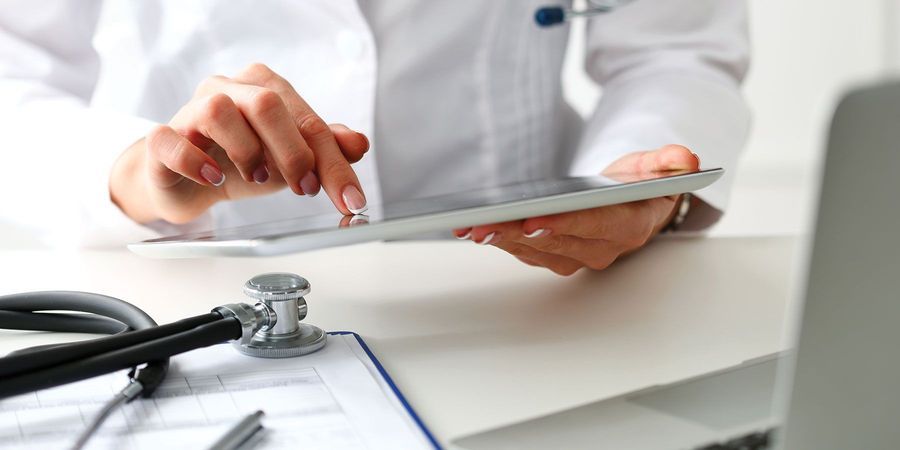 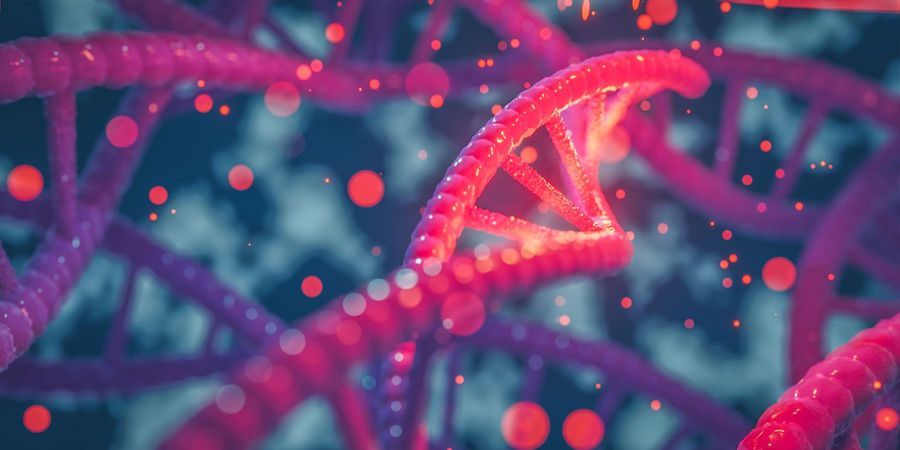