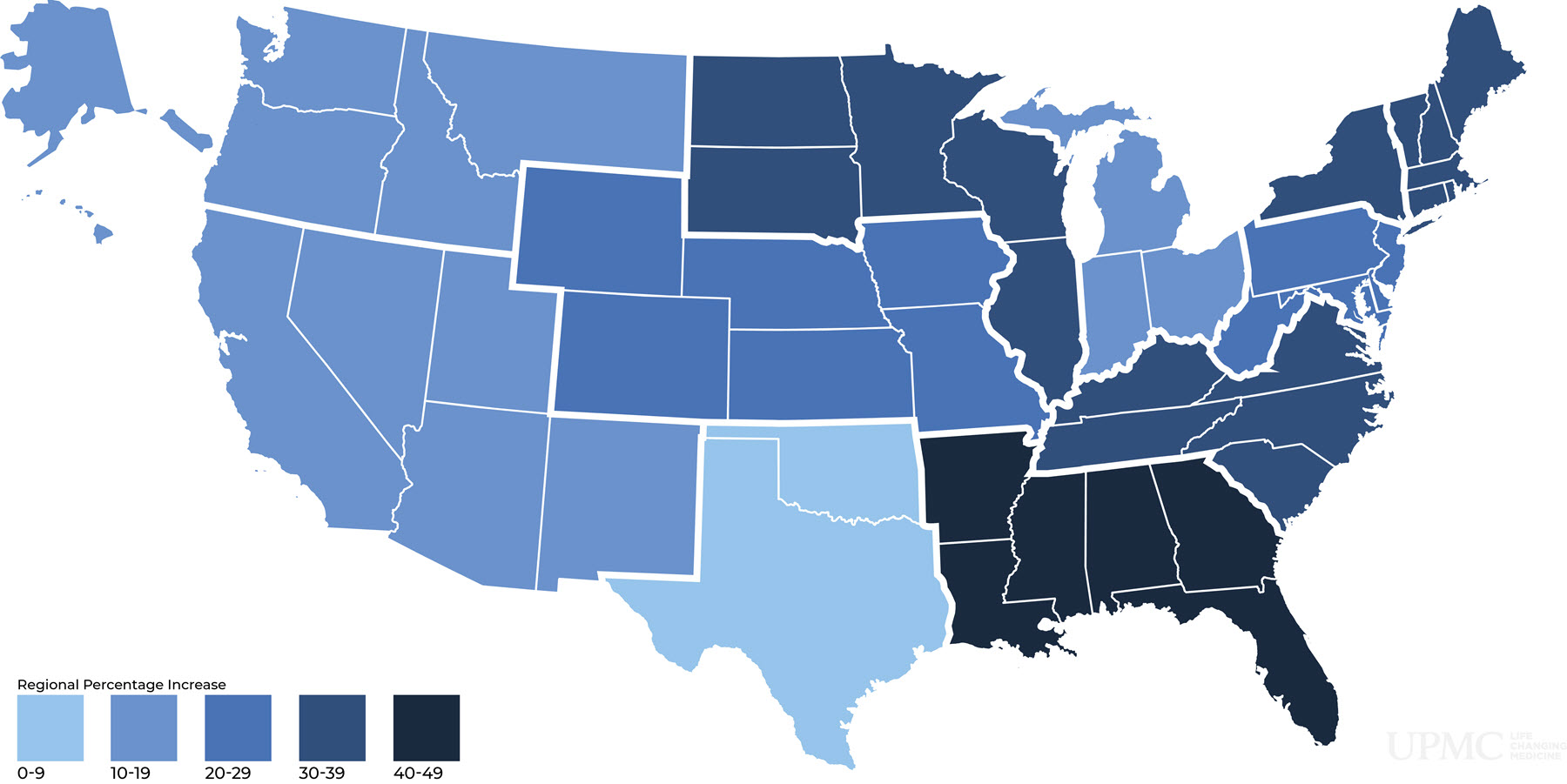 Regional Increases in Status 1A Exception Use After Waitlist Criteria Change
credit: Upmc

Newswise — PITTSBURGH, Sept. 23, 2019 – In March 2016, the Organ Procurement and Transplantation Network revised its criteria for prioritizing children awaiting heart transplantation in the US with the intention of reducing the number of deaths on the waitlist, but a new study suggests unintended consequences.

The study, published today in the American Journal of Transplantation by cardiologists at UPMC Children’s Hospital of Pittsburgh, found no overall improvement in waitlist mortality rates after the policy change, and for some types of heart disease, mortality actually increased.

The new policy de-prioritizes some children with cardiomyopathies, a type of heart disease where the heart muscle can’t squeeze hard enough to pump effectively.

Since this change, clinicians are getting more exceptions to the policy for their cardiomyopathy patients, especially a subtype called dilated cardiomyopathy, so that patients will retain the highest listing status.

Across the country, exceptions for dilated cardiomyopathy rose by more than 13-fold, yet the study shows high priority status makes no difference in the survival rates of these patients.

On the other hand, children with two other subtypes of cardiomyopathy—hypertrophic or restrictive—without an exception, are now dying on the waitlist at a rate 4-6 times higher than before the new criteria went into effect.

“We can’t prove causality here, but it would seem that restrictive and hypertrophic cardiomyopathy patients have been disadvantaged by the criteria change,” Feingold said. “They’re prioritized downward under the umbrella of cardiomyopathy, likely inadvertently, while children with congenital heart defects have not been able to benefit due to increased exception use.”

Part of the reason patients with different subtypes of cardiomyopathy are faring so differently under the new guidelines is that children with dilated cardiomyopathy tend to be better candidates for implanted blood pumps called ventricular assist devices (VADs). Considered a type of life support, VADs place patients higher on the waitlist. They also allow patients to rehabilitate, even leave the hospital, while waiting for a transplant.

With this study, the researchers hope to spark discussion about ways to further improve waitlist criteria for pediatric heart transplant candidates.

“The chronic shortage of organ donors means that we must strive to optimize organ allocation as much as possible. It’s very difficult to know all of the downstream effects of policy decisions like these, so we should continue to tweak and observe until we get it right,” Feingold said.

This work was supported by an endowed fund for fellows research at UPMC Children’s Hospital of Pittsburgh.