Researchers from Kaunas University of Technology (KTU), Lithuania came up with the idea on how to measure fluctuating blood potassium levels non-invasively through electrocardiogram. The researchers claim that their method may become a digital biomarker in the future for managing electrolyte levels. This would be a huge step towards preventing potentially life-threatening conditions among people who suffer from chronic kidney disease.

Electrolytes, and especially potassium, are paramount in the conduction of the heart's cells. When electrolytes are too low or too high, the heart cannot contract normally, leading to dangerous arrhythmias and potentially sudden cardiac death.

"Electrolyte levels are kept within the healthy range by the kidneys. However, the patients with the last stage of chronic kidney disease, who have no renal function left, rely on hemodialysis to keep their electrolyte levels regulated. This means that they are prone to electrolyte imbalance in a two-day-long hiatus between hemodialysis sessions," explains Ana Rodrigues, researcher at KTU Biomedical Engineering Institute, one of the authors of the invention.

According to Rodrigues, with today's aging society, it is estimated that the number of people requiring hemodialysis will markedly increase within 10 years. As people age, so do their kidneys. Research shows that up to 50 percent of seniors over the age of 75 can have kidney disease.

Abnormal electrolyte levels disturb the heart's natural rhythm; such abnormalities can be reflected in the electrocardiogram. However, identifying electrolyte imbalance using an electrocardiogram is difficult due to confounding factors that mask these expected changes. The task becomes particularly complicated if electrolyte levels start to fluctuate beyond normal but not reaching levels that require immediate medical attention.

The method proposed by the team of KTU researchers tackles the problem through mathematical models that enable to quantify subtle changes that are not visible to the naked eye at the early stages of electrolyte imbalance. The method allows researchers to identify potassium—the most arrhythmogenic electrolyte—induced changes in a certain part of the electrocardiogram.

"The initial results are promising. Our method may become a digital biomarker in the future for the management of electrolyte levels," says Rodrigues.

The method proposed by KTU researchers allows detecting abnormal potassium levels before the onset of life-threatening arrhythmias. Patients could then start hemodialysis sooner, decreasing the chance of hospitalization and even premature death.

Usually, in order to detect the changes in electrolyte balance, a blood sample would be drawn from a patient. However, blood samples are not routinely requested and cannot be drawn outside a clinical environment. Thus, researchers in Lithuania came up with the idea that would allow measuring electrolytes noninvasively at home through an electrocardiogram.

"Noninvasive monitoring of electrolyte levels is a very novel concept and is now in its infancy stages. Our paper is one of the first papers published on the topic and, to the best of our knowledge, the first to investigate potassium fluctuations in ambulatory settings between hemodialysis sessions," says Rodrigues.

The research is the outcome of the close collaboration between KTU, Lithuanian University of Health Sciences (LSMU) and the University of Zaragoza, Spain.

At the moment, clinical studies involving 17 patients have been completed. The researchers are planning on continuing clinical trials with more patients in order to validate their findings. Their next goal is to create an algorithm that would include measuring different electrolyte levels, such as calcium.

Later on, the algorithm could be integrated into wearable wrist-worn device capable of acquiring electrocardiograms. Every once in a while, the patient would record a short electrocardiogram signal (roughly 2 minutes long) using their fingers, and the system would register the electrolyte levels. If electrolytes were at an alarming level, the clinic would be notified, and the patient would be instructed accordingly. 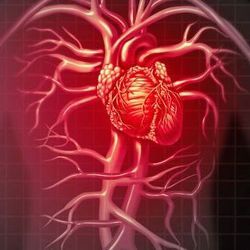 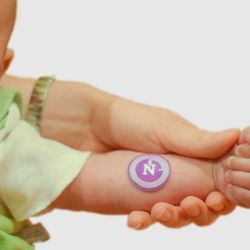 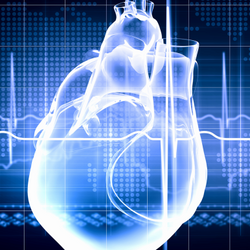 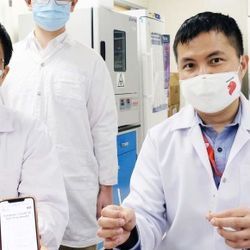