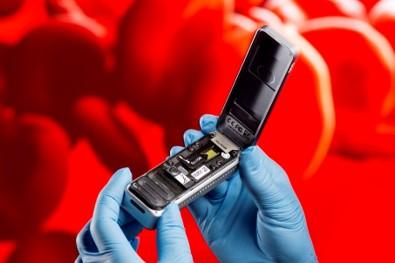 PHILADELPHIA, PA — March 5, 2020 — A report in the Journal of Molecular Diagnostics, published by Elsevier, describes a new technique that uses real-time next-generation sequencing (NGS) to analyze tiny amounts of microbial cell-free DNA in the plasma of patients with sepsis, offering the possibility of accurate diagnosis of sepsis-causing agents within a few hours of drawing blood. Current diagnostic tests are neither fast nor specific enough to provide timely, critically important information.

"With up to 50 million incident sepsis cases and 11 million sepsis-related deaths per year, sepsis represents a major cause of health loss," explained co-lead-investigator Thorsten Brenner, MD, vice head of the Department of Anesthesiology, Heidelberg University Hospital, Heidelberg, Germany. "Reliable and early identification of the pathogen enables rapid and the most appropriate antibiotic intervention, thereby increasing the chance of better outcomes and patient survival. Currently, standard-of-care diagnostics still rely on microbiological culturing of the respective pathogens, which in most cases (70 to 90 percent) do not provide timely positive results."

NGS encompasses several advanced processes used to sequence the nucleotides in DNA. In previous work, the investigators described a system that utilized NGS of microbial cell-free DNA to detect blood pathogens that was highly sensitive and faster than standard blood cultures (within 28 hours). However, their ultimate goal was to develop an even faster test to expedite treatment.

This new technique relies on the use of a handheld nanopore sequencer known as the MinION. This device is portable, can read out ultra-long reads, and immediately processes reads in real time.

In this proof-of-concept study, the investigators analyzed plasma from four septic patients and three healthy controls who were hospitalized in the ICU. Each sample's DNA underwent sequencing using both technologies: the standard NGS (Illumina) and the new nanopore NGS technology. With nanopore sequencing, all septic patient samples were found to be positive for relevant pathogens, whether bacterial, viral, or fungal.

After additional refinements, the new technique was able to achieve a 3.5-fold increase in sequencing throughput, allowing pathogen identification within minutes after sequencing began. In fact, the highest quality results were generated within 2 or 3 hours of the beginning of sequencing. In contrast, with Illumina the final results are available only after the sequencing is finished. "This new system might facilitate same-shift adaption of antibiotic intervention at the ICU, which might, in turn, improve patient outcomes significantly," commented Sohn.

The investigators also compared the probability of pathogen detection with the MinION system to the highly accurate and clinically validated Illumina NGS technique in a retrospective analysis of 239 samples taken from sepsis patients. Although the accuracy of nanopore sequencing was lower than with Illumina (approximately 85% vs. 99%), they found a strong correlation between the findings generated by MinION vs. Illumina.

"Time consuming, error- and contamination-prone blood cultures are still considered as the standard of care for sepsis diagnostics, frequently leading to an inappropriate and delayed targeted therapy," said Brenner. "The nanopore sequencing platform sequences in real time and has the potential to reduce time to diagnosis to only a few hours."

The Pros and Cons of NGS-Based Microbe Detection

The Pros and Cons of NGS-Based Microbe Detection