Researchers, using a method called genome-wide association study, have illuminated the genetic underpinnings of high serum urate, the blood condition that brings on gout. The study, co-led by scientists at the Johns Hopkins Bloomberg School of Public Health, will inform efforts to develop screening tests for gout risk as well as potential new treatments.

The paper was published October 2 in Nature Genetics.

For their analysis, the researchers combined DNA and serum urate data from 457,690 individuals participating in 74 studies, and revealed 183 sites, or "loci," in the genome where DNA variations are strongly associated with high urate levels. The vast majority of these loci had not been identified in prior studies. The researchers mapped many of the loci to specific genes and found that a large proportion are active in liver and kidney cells, sites of urate generation and excretion, respectively. They also showed that the 183 urate-associated loci could be used to predict gout risk in an independent group of more than 300,000 people.

"These findings may be useful in developing screening tests for gout risk so that patients who are at risk can adopt dietary changes to avoid developing the condition," says study lead author Adrienne Tin, PhD, assistant scientist in the Department of Epidemiology at the Bloomberg School. "The urate-related gene variants and biological pathways uncovered here also should be useful in the search for new ways to treat gout."

Gout affects more than 8 million people in the US. It occurs when urate (also called uric acid) becomes too concentrated in the blood and precipitates into solid crystals, most frequently in the joints. The crystals trigger episodes of painful inflammation, especially in the big toes. In the 16th century, gout plagued Henry VIII of England and many other historical figures, and was once known as the "disease of kings" because it occurred as a result of diets normally available only to the very wealthy. Urate is a breakdown product of purine molecules, which are found much more in meat- or shellfish-heavy diets than in vegetarian diets. Alcoholic beverages, particularly beer, are also high in purine content. Gout has been increasing in prevalence around the world as many countries' diets have grown richer.

The meta-analysis by Tin and her colleagues included data from 288,649 people of European ancestry, 125,725 people of East Asian ancestry, 33,671 African Americans, 9,037 South Asians, and 608 Hispanics—457,690 individuals in all. Of the 183 loci on the human genome where DNA variations are strongly linked to high serum urate levels, only 36 had been revealed in prior studies.

The team analyzed the 183 loci to come up with a genetic risk score for high serum urate. They then applied their risk scoring system to an independent sample of 334,880 people from a UK medical research database, and found that the scoring accurately stratified them according to their chances of having gout. The prevalence of gout in the 3.5 percent of people in the three highest risk score categories was more than triple that of people in the most common risk score category. This is similar to disease risks conferred by some classic, single-gene diseases.

To begin to understand the biological significance of the 183 loci, the researchers mapped these to known genes, and found that many of these genes normally are active in the kidneys, urinary tract, and liver—reflecting the important roles of the kidneys and liver in regulating serum urate levels. More detailed analyses revealed 114 specific urate-risk DNA variants, often in genes with known functions in urate processing in the kidneys and liver.

"These genetic variants we highlighted can now be studied further to identify how they contribute to high urate levels, and to determine whether they would be good targets for treating gout," Tin says.

High bloodstream urate levels are known to correlate with high bloodstream levels of other important molecules including cholesterol, and the findings also illuminate a reason for this connection. One of the apparent risk genes uncovered in the study, HNF4A, encodes a transcription factor that is known to regulate levels of cholesterol and triglycerides. "We were able to confirm through cell-based experiments that this transcription factor also regulates an important urate transporter protein, ABCG2, in kidney cells," Tin says. 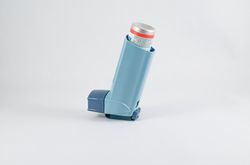