May 21, 2020 — In recent years, genome-wide association studies (GWAS) have identified many different genetic variants associated with schizophrenia. These genetic discoveries raise the promise of developing urgently needed new treatments targeting the underlying biology and pathophysiology of schizophrenia, according to a special article in the Journal of Clinical Psychopharmacology. The journal is published in the Lippincott portfolio by Wolters Kluwer.

In a translational science update, Rebecca Birnbaum, MD, of Icahn School of Medicine at Mount Sinai, New York, and Daniel R. Weinberger, MD, of Lieber Institute for Brain Development, Johns Hopkins University School of Medicine, Baltimore, review efforts to bridge the gap between new genetic findings and innovative treatments for schizophrenia. "None of the medicines used in psychiatry were initially discovered based on an understanding of the causes or basic mechanisms of psychiatric illnesses," Weinberger comments.

Birnbaum adds: "The discovery of genetic risk factors for schizophrenia and other psychiatric diagnoses represent important clues to changing this history, to discovering treatments based on biological mechanisms of causation."

Genetic Associations May Lead to New Treatments for Schizophrenia

The first medications for schizophrenia were discovered serendipitously in the 1950s, with subsequent "me-too" drugs targeting the same limited number of neurotransmitters. While these antipsychotic drugs have benefits in addressing some of the symptoms of schizophrenia, they don't necessarily target all of the potential underlying causes.

With advances in GWAS, researchers are identifying increasing numbers of genetic variants—some relatively common, others rare—associated with schizophrenia. Although the effects of individual genetic variants on schizophrenia risk may be minor, further studies of the genes and pathways they affect might lead to new understanding of the neurobiology of schizophrenia.

Studies of gene expression may provide new insights into the mechanisms by which schizophrenia develops, as well as possible "druggable targets" for new medications. Genes or pathways implicated by both common and rare variants might be especially strong candidates for new drugs. Systems biology approaches—targeting brain functional networks or biological modules affected by schizophrenia risk genes—might be more promising than trying to develop drugs targeting any individual gene.

Neurodevelopmental studies indicate that processes leading to schizophrenia begin very early, suggesting that treatments may be most effective in early life or even the fetal period. Newly discovered genetic associations might also have implications for "precision psychiatry"—using genetic markers to assess individual differences in risk, or to select the most effective treatment for individual patients.

Despite the promise of advances in understanding the genetics of schizophrenia, difficult challenges lie ahead in translating these discoveries into real treatment advances for patients with schizophrenia and other psychiatric disorders. "Translating susceptibility genes into new therapeutic interventions will require extensive investigation and probably some luck," says Weinberger. "Nevertheless, we are on the threshold of a sea change opportunity in clinical pharmacology." 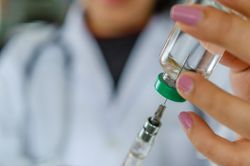 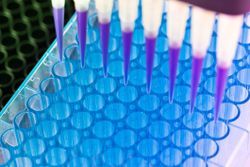