WINSTON-SALEM, NC —  The scientists who developed the first 3D multicellular brain organoid with a functional blood brain barrier now report that the model could be a promising platform to screen drugs that could work to control inflammation, which is at the center of many neurological conditions, like ischemic stroke.

Wake Forest Institute for Regenerative Medicine (WFIRM) scientists first published in 2018 that they had developed the 3D brain organoid—the first engineered tissue equivalent to closely resemble normal human brain anatomy containing all six major cell types found in normal organs including neurons and immune cells. They reported that the organoids promoted the formation of a fully cell-based, natural, and functional barrier—the blood brain barrier—that mimics normal human anatomy. The blood brain barrier (BBB) is a semipermeable membrane that separates the circulating blood from the brain, protecting it from foreign substances that could cause injury. 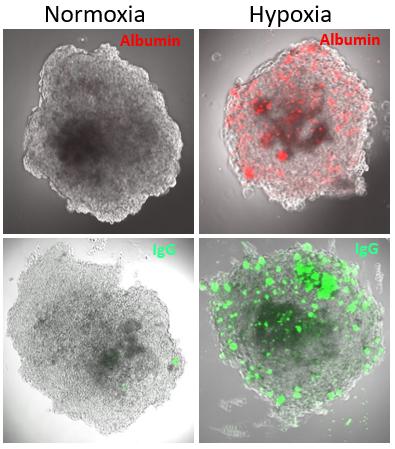 "It is well known that inflammation is at the center of many neurological conditions," said Goodwell Nzou, PhD, a co-author of the study. "Our results here implicate inflammation as one of the causes of blood brain barrier dysfunction. These organoids can help us gain understanding of some of the brain physiological changes that happen as the result of a stroke."

For this study, the 3D brain organoid was used to model the effects of oxygen deprivation and inflammation on blood brain barrier function to better understand what is happening in a human brain during an ischemic stroke. The team evaluated the expression levels of proteins critical in BBB maintenance, basement membrane proteins, tight junction proteins, and BBB transport proteins, finding significant changes that may contribute to BBB dysfunction. The research shows how the BBB becomes leaky and allows blood-borne components to easily cross the barrier.

"The work demonstrates how important this model is to further understanding of disease mechanisms at the BBB, the passage of drugs through the barrier, and the effects of drugs once they cross the barrier," said Anthony Atala, MD, senior author and director of WFIRM. "We can also optimize the model for personalized medicine. An organoid containing patient derived cells to identify therapeutic targets that are specific to the individual could be tested with different drugs to determine efficacy which will result in better outcomes for patients."