January 2020 is the third anniversary of the implementation of the new US regulations that require clinical trials to report results within one year of completion (Final Rule of the FDA Amendments Act)—but compliance remains poor, and is not improving, with US Government sponsored trials most likely to breach.

Less than half (41%) of clinical trial results are reported promptly onto the US trial registry, and one in three trials remain unreported, according to the first comprehensive study of compliance since new US regulations came into effect in January 2017.

The findings, published in The Lancet, indicate that trials with non-industry sponsors (such as universities, hospitals, and governments) are far more likely to breach the rules than trials sponsored by industry 1—with US government sponsored trials least likely to post results on time at the world's largest clinical trial registry, ClinicalTrials.gov.

It has been known for several decades that the results of clinical trials are often not fully reported. To improve public disclosure, and limit selective publishing of results, the US Food and Drug Administration Amendment Act (FDAAA) of 2007 requires sponsors of most US-regulated clinical trials to register and report results on ClinicalTrials.gov within 12 months of primary completion, irrespective of whether the results are positive or negative.

A subsequent 'Final Rule' to the Act took effect in January, 2017. This introduced clearer reporting requirements including fines of up to US$10,000 a day for non-compliance (now US$ 12,103 inflation adjusted). National Institute of Health (NIH) leaders said that the Final Rule would result in "rapid increases" in the percentage of trials registered and shared on the US registry.

The authors say that the high rates of non-compliance found in the new study likely reflect the lack of enforcement by regulators, and they call for trial sponsors to be held to account by the FDA.

He continues: "Sponsors are breaching their legal obligations, but also their ethical obligations to the patients who generously participate in clinical trials. Our study has identified over 2,400 trials breaching the rules, but to our knowledge the FDA has never levied a single fine or other enforcement action, despite all the levers available to them. Compliance will only improve when action is taken."

Non-reporting of clinical trial results has been well-documented since the 1980s, especially those trials finding no evidence of effectiveness for the treatment being tested. However, failing to disclose trial results threatens the integrity of the evidence base of all clinical medicine, breaches participants' trust, and wastes valuable research resources.

The first trials covered by the Final Rule were due to report in January 2018. To investigate the extent of compliance with these new reporting requirements, the researchers examined all 4,209 trials registered on ClinicalTrials.gov that were legally required to report results between March 2018 and September 2019. They also assessed trends in compliance, factors associated with compliance, and ranked individual sponsors according to their level of compliance.

Analyses found that only 41 percent (1,722/4,209) of completed clinical trials reported results within the one year legal deadline, whilst 36 percent (1,523/4,209) still had not been reported by September 16, 2019. Moreover, progress has stalled—the proportion of compliant trials has remained stable since July 2018. The median delay from completion to submitting results was 424 days—59 days higher than the legal reporting requirement of one year (figure 1).

Trials with an industry sponsor were much more likely to comply with the law than those with a non-industry or US Government sponsor (50% vs 34% vs 31% trials submitted in time). Better performance was also seen among sponsors with more experience of running large numbers of trials, when compared with those who have only ever run a very small number of projects (66% vs 21% trials submitted in time; table 3). Encouragingly, the authors say, this suggests that "research experience and robust internal governance processes can contribute to improved performance."

Further analyses estimate that had the law been strictly enforced, over US$4 billion in fines could have been collected up to the end of September 2019.

"Over four decades since non-reporting of clinical trials was first reported, it is disappointing to see that we have only progressed to legislation being passed, and then largely ignored," says co-author Nicholas DeVito from the University of Oxford, UK. "The fact that the US Government cannot comply with its own laws is particularly concerning."

He continues: "Until effective enforcement action is taken, public audit may help. We have established an openly accessible public website at fdaaa.trialstracker.net where fresh data on compliance with FDAAA will be posted every day, identifying each individual overdue trial, and compliance statistics for each individual sponsor. We hope this will help to incentivize sponsors, and provide useful targeted information for all those who aim to comply with the law."

The authors note that they only examine the availability of results on ClinicalTrials.gov as required by the law, and not the quality of the results or their availability elsewhere.

Writing in a linked Comment, lead author Dr. Erik von Elm (who was not involved in the study) from the University of Lausanne in Switzerland points out that, "any law is only as good as its enforcement," adding that, "if this rule were to be enforced, academic sponsors would probably make substantial efforts to reduce the number of non- or late-reported trials and to improve data quality. Training, auditing, and incentive mechanisms could be overseen by dedicated staff. A senior 'transparency officer' versed in trial conduct and reporting could take a proactive mentoring role and help investigators overcome barriers that currently prevent them from timely reporting of trial results in registries. If completeness of reporting was a criterion in individual academic evaluations, this could have a considerable 'signalling effect' within the local research community."

1.  A sponsor refers to the organization or person who initiates the study and who has authority and control over the study. They may or may not also be the funder. 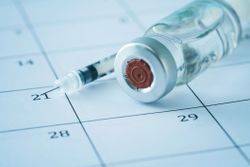 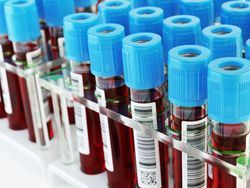