SINGAPORE — An international team of researchers has found that selpercatinib, a drug that precisely targets cancers driven by mutations or alterations in the gene RET, was effective at shrinking tumors in patients with non-small cell lung cancer (NSCLC), with a majority of patients living for more than a year without disease progression. Activity was also observed in thyroid cancer, and the findings were recently published in two back-to-back papers in the New England Journal of Medicine.

Selpercatinib was effective both in patients with no prior treatment with anti-cancer drugs and in those who had disease progression after treatment with other drug therapy. Results of the Phase 1-2 trial formed the basis of approval of selpercatinib in May 2020 by the US FDA for a) adults with metastatic RET-driven non-small cell lung cancer, b) adults and children 12 and older, with advanced or metastatic RET-mutated medullary thyroid cancer who require systemic therapy, and c) patients 12 and older with advanced or metastatic RET-fusion positive thyroid cancer resistant to radioactive iodine who require systemic therapy. Selpercatinib is the first approved drug of its kind that specifically targets cancers driven by mutations or alterations in the gene RET.

Patients with RET-associated cancers are typically treated with drugs that target RET and multiple other enzymes commonly found in many different types of cancer. However, the multi-kinase inhibitors currently approved for treatment have side effects that limit their use in patients with RET-driven cancers. The most common side effects with selpercatinib were high blood pressure, increased liver enzyme levels, decrease in sodium levels, and low white blood cell count, all of which were manageable. Only 12 out of 531 patients on the trial had to stop because of side effects.

"The trial showed the targeted therapy to have good efficacy, strong, sustained response rates, and fewer side effects," said clinical associate professor Daniel Tan, senior consultant, medical oncology, deputy head of the Division of Clinical Trials and Epidemiological Sciences, National Cancer Centre Singapore and co-first author of the study. "It has also demonstrated the importance of molecular profiling, and National Cancer Centre Singapore has implemented routine testing of the gene RET for all lung cancer patients, to enable this group of patients to benefit from the targeted treatment."

The trial involved the participation from 65 leading cancer centers around the world from 12 countries including USA, Canada, France, Switzerland, Germany, Spain, Australia, and Singapore. The trial was supported by Loxo Oncology, a wholly owned subsidiary of Eli Lilly and Company.

In Singapore, the trial was led by the Experimental Cancer Therapeutics Unit (ECRU), at the National Cancer Centre Singapore, which supports early phase clinical trials from Phase 0 to 2 trials. This inter-disciplinary team is engaged with preclinical and clinical development of new anti-cancer drugs for all solid tumors and lymphomas to offer patients new therapeutic options, and has spearheaded the Precision Oncology program IMPACT (Individualized Molecular Profiling for Allocation to Clinical Trials) at NCCS, where more than 1500 patients have been recruited to date. 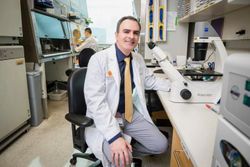