Neuroblastoma is a form of cancer that develops from immature nerve cells found in several areas of the body. It occurs most often in infants and young children, usually under the age of five. The disease remains a challenge in pediatric oncology and current treatments include therapies that have significant long-term side effects for patients.

HRNB accounts for 15 percent of all childhood cancer deaths, in part, due to the fact that nearly half of all patients who reach remission will relapse.

"These results are promising and have changed the outlook for our patients with high risk neuroblastoma," said Giselle Sholler, MD, director of pediatric oncology research at Spectrum Health Helen DeVos Children's Hospital and principal investigator of the study.

"By using DFMO for two years after finishing conventional therapy, we've seen an overall two-year survival rate for these children of 97 percent. This is a large increase in survival," Sholler added. "Previously it was believed that children with refractory and relapsed neuroblastoma were considered incurable. This study shows more than 50 percent of patients remaining in remission up to four years."

Beat Childhood Cancer's trial studied the use of difluoromethylornithine (DFMO) as a single agent for enrolled patients at 20 children's hospitals from June 2012 to February 2016. The children received two years of oral DFMO twice daily and were evaluated for outcomes of event free survival (EFS*) and overall survival (OS). The study used targeted oral therapy of an ODC inhibitor (DFMO), as a maintenance therapy to prevent relapse in HRNB patients after standard therapy. DFMO works by targeting specific cancer stem cell pathways and "turning off" the cells, thereby preventing the cancer from growing back.

There were two arms in this study, the first designed for patients who had completed standard therapy, and the second for children who were able to achieve remission after having previously relapsed. Both of these patient populations are at very high risk of relapsing after completing treatment and therefore can be very good candidates for using a maintenance therapy with the goal of preventing relapse.

With a median follow up of 3.5 years, the first arm of the study had 100 eligible patients. The results show that two-year EFS was 84 percent and two-year OS was 97 percent.

"While these EFS and OS figures at two years are remarkable, the really exciting part of these results is that EFS and OS are stable out to four years," said Patrick Lacey of Beat NB Cancer Foundation, one of the childhood cancer parent-led foundations that funded this clinical trial. "Not only did this oral drug lead to a prolonged and stable remission for the children in this study, but the drug was extremely safe and well tolerated in this patient population."

"While many children have been able to attain remission with the current, albeit harsh, upfront therapies, these remissions are not historically durable," Dr. Sholler added. "The current five-year survival curves have not changed significantly in the past two decades despite recent increases in two-year survival as a result of intensified therapies and new multimodal therapies."

Principal Investigator at MUSC, Jaqueline Kraveka, MD, states survival for children with high-risk neuroblastoma remains a challenge. "These results are groundbreaking and very exciting for oncologists and their patient families. I am thrilled to have our confirmatory study open at so many sites across the USA and Canada, enabling children to receive this treatment close to home." 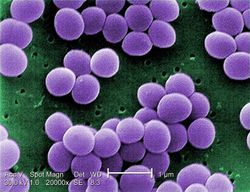 Multicenter Trial Supports Use of Topical Antibiotics in NICU Babies

Multicenter Trial Supports Use of Topical Antibiotics in NICU Babies