A new review looks at the challenges of testing for Clostridioides (Clostridium) difficile infection (CDI) and recommendations for newer diagnostic tests. Accurate diagnosis of CDI is critical for effective patient management and implementation of infection control measures to prevent transmission. The research is published this week in the Clinical Microbiology Reviews.

"This study emphasizes the issues related to the diagnosis of C. difficile infection, with the focus on newer nucleic amplification tests (NAAT)," said Colleen Kraft, MD, MSc, Emory University School of Medicine, who is the lead author on the study.

Since there is limited high-quality evidence to support which diagnostic testing strategy is best for the lab diagnosis of CDI, testing is difficult. There is currently no "gold" standard test to diagnose CDI. According to the report, among patients presenting with diarrhea there is significant potential for under-diagnosis. Over-diagnosis can also arise from incorrect diagnostic workups.

The review set out to address how effective NAAT testing practices were for diagnosing patients suspected of CDI. They evaluated NAAT tests alone, which detects the toxin gene, as well as algorithmic testing (NAAT plus GDH or toxin EIA). GDH Enzyme Immunoassay (EIA) testing detects the enzyme active in the organism, so effectively the organism, and toxin EIA detects the toxin protein. The researchers evaluated over 11,000 records found in electronic databases. 72 studies had sufficient data for meta-analysis.

The team concluded that the nucleic-acid amplification tests (NAAT) is the recommended practice for detecting the toxin gene. GDH/NAAT algorithm is recommended for detecting C. difficile organism/toxin gene. The overall strengths of evidence for these practices were high and effects across studies were consistent. The GDH/TOXIN/NAAT algorithm is recommended for the C. difficile organism/toxin/toxin gene, although the overall strength of evidence for this practice was moderate. The researchers had no recommendation for repeat testing using NAAT-only testing within 7 days of a negative result.

Future research should look at whether clinical outcome reporting is necessary to determine which diagnostic test is most accurate. "We found in this systematic review that most of the studies we looked at did not have pre-analytic and clinical outcomes data. Our hope is that future studies will consider those aspects in order to determine the utility of these tests in patient diagnosis and patient care," said Dr. Kraft. 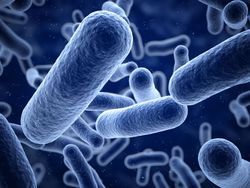 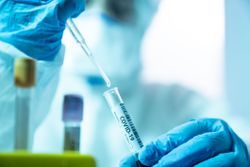