Autoimmunity, a condition in which the body's immune system reacts with components of its own cells, appears to be increasing in the United States, according to scientists at the National Institutes of Health and their collaborators.

In a study published Apr. 8 in Arthritis and Rheumatology, the researchers found that the prevalence of antinuclear antibodies (ANA), the most common biomarker of autoimmunity, was significantly increasing in the United States overall and particularly in certain groups. These groups include males, non-Hispanic whites, adults 50 years and older, and adolescents. The study is the first to evaluate ANA changes over time in a representative sampling of the US population.

"The reasons for the increases in ANA are not clear, but they are concerning and may suggest a possible increase in future autoimmune disease," said corresponding and senior author Frederick Miller, MD, PhD, deputy chief of the Clinical Research Branch at the National Institute of Environmental Health Sciences (NIEHS), part of NIH. "These findings could help us understand more about the causes of these immune abnormalities and possibly learn what drives development of autoimmune diseases and how to prevent them."

The study included 14,211 participants, 12 years and older, in the US National Health and Nutrition Examination Survey (NHANES). The scientists used immunofluorescence, a technique that uses fluorescent dye to visualize antibodies, to examine the frequencies of ANAs in subjects from three time periods. They found that ANA prevalence for 1988-1991 was 11.0 percent, while for 1999-2004 it was 11.5 percent, and for 2011-2012 it was 15.9 percent. These percentages corresponded to 22, 27, and 41 million affected individuals, respectively.

Of the four demographic groups that displayed considerable ANA increases, findings in the adolescent group were the most worrisome to the research team. Young people, ages 12-19, had the largest ANA increases in the study, going from a two-fold to a three-fold increase over the three timeframes.

The researchers want to know why they are seeing these changes in autoimmunity in each of the groups, but especially in teenagers. Since people have not changed much genetically during the past 30 years, the scientists suggest that changes in lifestyle or the environment may be involved in ANA increases.

"These new findings may have important public health implications and will help us design studies to better understand why some people develop autoimmune diseases," said Christine Parks, PhD, co-author and staff scientist in the NIEHS Epidemiology Branch. She added that autoimmune diseases are a group of more than 100 chronic, debilitating conditions.

Determining whether autoimmune diseases, like lupus or myositis, are increasing in prevalence requires a clinical evaluation, which was not performed in this study. Nevertheless, ANA are commonly seen in patients with these conditions and similar autoimmune disorders. Co-author and NIEHS scientific director Darryl Zeldin, MD, said other studies have suggested there is an increase in autoimmune disease prevalence, but the findings are based on incomplete data. He and Miller hope that a national registry of autoimmune diseases will be established so that they can examine changes over time, define geographic hotspots, and eventually understand what is causing them.

"Hopefully, this important study will stimulate further research on the environmental factors related to the apparent increased prevalence of autoimmune diseases," Zeldin said. 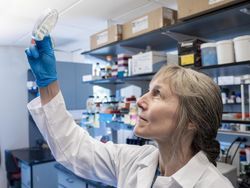 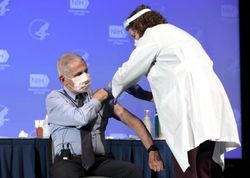