OAK BROOK, IL — A 3D ultrasound system provides an effective, noninvasive way to estimate blood flow that retains its accuracy across different equipment, operators, and facilities, according to a study published in the journal Radiology.

Measures of blood flow are important in helping clinicians determine how much oxygen and nutrient-carrying blood is reaching organs and tissues in a patient's body. In emergency situations, accurate blood flow measurements can show if there is adequate blood supply to organs like the heart and brain. Blood flow measurements are important in chronic conditions too, as in the cases of measuring blood flow to the feet and lower limbs of people with diabetes.

Despite its importance, there is no ideal way to measure blood flow noninvasively and inexpensively. Current methods like blood pressure and 2D ultrasound (i.e., spectral Doppler) provide only surrogate metrics rather than the desired volumetric flow or have substantial limitations and are prone to errors. True flow measurements with 2D ultrasound are rarely used clinically due to reliability issues and cumbersome implementation. In addition, results often vary considerably between facilities and operators. Measurements from an experienced ultrasound technologist might differ significantly from those of a less experienced one.

Kripfgans and his Michigan Medicine colleagues J. Brian Fowlkes, PhD, Stephen Z. Pinter, PhD, and Jonathan M. Rubin, MD, PhD, have spent years developing and studying a 3D approach for quantitatively measuring blood flow. For the new study, he and his colleagues, along with other volunteers involved in the Quantitative Imaging Biomarkers Alliance (QIBA), tested this 3D approach on three clinical scanners using a custom flow phantom, a device that mimics blood flow in humans. They used seven different laboratories and manipulated the testing conditions by changing flow rate, imaging depth, and other parameters for a total of eight distinct testing conditions.

The results showed that blood volume flow estimated by 3D color-flow ultrasound was accurate and reproducible among the seven laboratories.

"We had less than 10 percent error or variation," Kripfgans said. "For some of the systems, we were down to only three to five percent difference between labs. These are fantastic results that show that, from a technology point of view, some systems could be ready to go to the clinic."

Kripfgans credited the simplicity of the 3D approach, ease of data collection, and elimination of assumptions plaguing other methods for minimizing the variation in results between users and systems. That simplicity, coupled with the availability of 3D on many existing ultrasound systems, is likely to hasten its arrival to clinical medicine, Kripfgans said.

"Once the technique becomes available commercially on scanners, clinical adoption will be much faster because then it's not a research project anymore, it's something that's readily available, and after that it's just a matter of time before it reaches the clinic," he said.

QIBA, an alliance of researchers, health care professionals and industry representatives, was organized by the Radiological Society of North America in 2007 to improve current biomarkers and investigate new ones. Biomarkers are measurable indicators of the state of a person's health.

"Because of QIBA and this study I'm confident that this 3D ultrasound technology is on a path to the clinic," Kripfgans said.

One Step Closer to Accurate Prediction of Antibody Delivery in Tumors

One Step Closer to Accurate Prediction of Antibody Delivery in Tumors

How Accurate is POC Glucose Testing?

How Accurate is POC Glucose Testing? 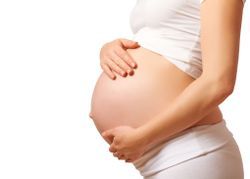 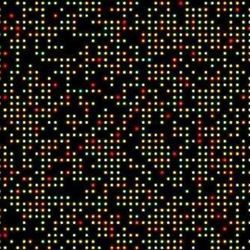