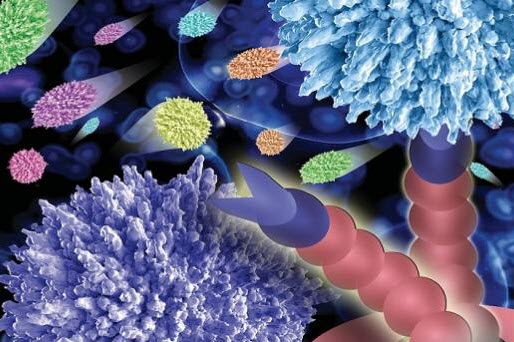 An efficient, robust method of examining the interactions between cells uses fluorescent tagging to simultaneously analyze multiple cell populations, speeding up a once tedious and limiting process. The new assay developed by King Abdullah University of Science & Technology (KAUST) also has applications in studying cellular processes in inflammation or cancer cell metastasis and in assessing potential treatments.

Cells move through blood vessels via cell adhesion—the interaction and attachment of cells to one another via specialized molecules on cell surfaces. During blood flow, shear forces act on the cells to help orchestrate cell adhesion. Manipulation of cell adhesion can lead to inflammation and diseases, like cancer, while pathogens, such as viruses exploit cell adhesion to infect the body.

"The conventional assay used to study cell-cell interactions is the parallel plate flow chamber (PPFC) assay, which records videos of cells rolling in flow and adhering to molecules on endothelial cells (blood vessel lining cells)," says group leader Jasmeen Merzaban. "This assay has been used for decades, but it is prone to error and possible bias, and it can only analyze one cell type at a time, making it hugely time consuming."

Ayman AbuElela, with the other graduate students in Merzaban's lab, wanted to improve upon PPFC and speed up analyses.

Their new fluorescent multiplex cell rolling assay (FMCR) uses unique fluorescent tags to label up to seven cell population types. The cell samples are mixed just prior to entering the simulated flow over a layer of endothelial cells. A spectral confocal microscope captures images of the mixed cell populations in real time, at high temporal resolution, in a single pass. This allows researchers to collect data on cell kinetics, including the rolling frequency, velocity and tethering capability of individual cell types.

"We developed a comprehensive data analysis pipeline, which enables us to analyze the multiple cell types we obtain by this approach and achieves high statistical power and sensitivity," says AbuElela. "FMCR is now used in our lab to study the migration of various human cells including stem cells, activated immune cells and breast cancer cells."

Another advantage of the new procedure is that before or during the assay, a test compound, such as a new drug, can be added to the cells to investigate the effect of the compound on cell adhesion.

"Such studies provide major insights into the effect of treatments on the migration and metastasis of cells and on how the drugs might work inside the body," notes Merzaban.

- This press release was originally published on the KAUST Discovery website