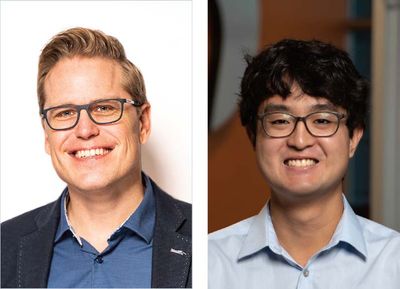 Nicholas Hong is a product specialist at Heidolph North America. He holds a bachelor of science degree in molecular and cellular biology from the University of Illinois at Urbana-Champaign, and has previously worked as an assistant scientist at PPD Inc.

Q: What led you to develop the Sphericalplate 5D cell culture plates?

PK: A major problem we encountered in our islet cell transplantation research was spheroid size. The larger the spheroid, the more likely it was to die because there was no supporting vasculature to supply oxygen to its center. We needed to make these spheroids smaller and needed a plate that would standardize the process.

Q: What types of cells can be cultured in these plates?

NH: Numerous cell lines have been used successfully with our plates, the Sphericalplate 5D, including islet cells, cancer cell lines, and stem cell lines, among others. Some of the feedback we have received is that users believe the plates’ ability to distribute cells more uniformly allows cells to aggregate equally into perfect spheroids.

Q: Why is uniformity an important factor to consider when designing 3D cell culture plates?

NH: We noticed that many 3D cell culture plates compromise on either the number or the uniformity of spheroids that can be produced. The Sphericalplate 5D was designed to yield a large number of uniform spheroids—up to 9,000 on a single plate. Standardization also plays a huge role in the field of “-omics,” in which research is standardized with respect to the original material used.

Q: What differentiates the plates you developed from other cell culture plates?

PK: The plates were created with an emphasis on safety. We wanted to create something that can be FDA approved and CE certified. What is unique about the plates is that the microwells are designed with a particular cavity angulation and round tip at the bottom. This provides the cells even exposure to morphogens and prevents uncontrolled cell differentiation—a huge danger in any stem cell therapy.

Q: What applications do you think benefit most from these plates?

PK: Some of the most promising applications for the Sphericalplate 5D are in vivo applications and translational research. The plates would give scientists enormous opportunity for discovery, and unlike other platforms, they would be adapted for downstream regulatory processes. They are also a promising platform for cancer research and diagnostics. For example, many solid cancers originate from stem cells, and the platform could be used to recreate the cancer cell environment—including cell signaling and physiology—to compare chemotherapy agents and determine which may be the most effective treatment for the patient.

Q: Do users require any additional products or training to use SPhericalplate 5D?

NH: The Sphericalplate 5D were designed to be plates used right out of the box, with a proprietary coating pre-applied to each plate. This eliminates variability associated with applying coating, and allows cells to distribute evenly into microwells through gravity without additional centrifugation steps.

Adding a Third Dimension to Your Cell Culture

Adding a Third Dimension to Your Cell Culture

The Therapeutic Potential of iPSCs in Personalized Medicine

The Therapeutic Potential of iPSCs in Personalized Medicine

Generating Lung Tissue from Just a Few Cells in the Lab

Generating Lung Tissue from Just a Few Cells in the Lab