Clostridium difficile (C. difficile) is an important nosocomial pathogen that causes C. difficile infection (CDI). The infection manifests itself by a range of symptoms, such as diarrhea, and can lead to death in severe cases, although asymptotic carriers are also possible. It is responsible for thousands of deaths annually in the US with an associated cost in the billions of US dollars.

The microbe earned its name when it was discovered in 1935 because it proved difficult to culture. Today, it still lives up to its name because it is notoriously difficult to treat and eliminate. C. difficile frequently resides in the gastrointestinal tract (GI) but is usually kept in check by other microbes. However, when patients are administered an antibiotic, it may eradicate most of the GI microbiota without affecting C. difficile or its spores, which are widely antibiotic resistant, leading to C. difficile-associated diarrhea (CDAD).  C. difficile infection often recurs because spores may survive in the GI tract after the first course of treatment for CDI.

In addition to persisting in people, C. difficile spores, which are the main method of transmission, endure on hospital surfaces because they are resistant to heat, several disinfectants, and antibiotics. They can be spread by contact with patients and hospital staff. In light of the continued difficulty posed by this troublesome microbe, hospitals are testing out a range of eradication efforts.

Reservoirs of C. difficile in asymptotic carriers constitute a significant obstacle to hospitals’ eradication efforts because their presence may not be immediately evident. Asymptotic C. difficile colonization (CdC) occurs in patients whose GI is colonized by C. difficile, either toxigenic (i.e., produce Toxins A and B) or nontoxigenic strains, but who do not exhibit any signs of infection. The frequency of asymptotic CdC carriers varies geographically and can range from four to 23 percent in adults. Studies have shown that CdC carriers can act as a potential source of C. difficile transmission via skin and environmental contamination. These findings advocate routine screening combined with isolation measures that may help mitigate nosocomial CDI arising from asymptotic CdC carriers.

Roommates may raise risk of infection

The spread of CDI between hospital roommates has been investigated as a possible risk factor. The results are varied, but overall point to a greater likelihood for a patient to develop CDI if housed with a CDI patient. One early study concluded that physical proximity had a significant association for hospital-acquired CDAD. A more recent survey at a different hospital revealed a trend toward a greater risk of CDI if housed with a roommate with CDI, although it was not statistically significant. This may have arisen due to the small sample size because only 13 roommates developed CDI over the course of the study. Remarkably, one study found that risk of infection may linger even after the CDI patient has been discharged. In that study, a review of hospital records suggested that a prior room occupant with CDI conferred a significant risk to the next patient for CDI. These studies highlight the importance of isolation strategies with improved cleaning of hospital rooms and facilities to alleviate CDI burden.

The role of hospital environments in C. difficile transmission has been long recognized. As the various risk factors for CDI become better known, i.e., proximity, hygiene, antibiotic exposure, acid-suppressive agents, and duration of stay, hospitals have become better equipped to prevent the spread of C. difficile. NorthShore University HealthSystem in Evanston, Illinois implemented a new protocol for terminal room cleaning upon an alert that C. difficile infections were on the rise at their institutions. They replaced quaternary ammonium agents with dilute bleach to disinfect and thoroughly wet all surfaces from floor to ceiling in rooms previously occupied by a CDI patient. Other precautionary measures, such as C. difficile contact isolation, remained in effect. They were rewarded with a 48 percent decrease in C. difficile prevalence density.

Another tertiary care hospital, Rhode Island Hospital in Providence, instituted a multidisciplinary plan starting in 2007 composed of six interventions to tackle the incidence of C. difficile infection and its associated number of colectomies and mortalities. The program entailed: (i) drafting of a control strategy for C. difficile hospital infection built on risk assessment, (ii) surveilling CDI-related morbidity and mortality within their hospital, (iii) employing more sensitive detection methods such as PCR for identifying C. difficile in stool samples, (iv) improving cleaning measures for patents rooms and hospital equipment, (v) implementing a treatment regimen for CDIs, and (vi) other interventions as needed. Over the course of around six years, the hospital saw a drop in CDI cases from 12.2 to 3.6 per 1,000 discharges, and annual mortalities dropped from a peak of 52 to only 19.

Unfortunately, eradication efforts are not always efficacious. In a survey of 159 hospitals in Ontario, Canada, varying eradication strategies were observed among the hospitals, including patient isolation upon diarrhea onset, monitoring adherence to antibiotic stewardship and cleaning protocols, diagnostic testing for C. difficile, first-line vancomycin therapy for CDI, and communicating rates of CDI frequency to senior management. However, the study found no correlation of any of these measures with a decrease in CDI risk, even following adjustments for baseline CDI rates and hospital characteristics. Rather, the study concluded, at least for this group of hospitals, patient risk factors were more tightly associated with CDI incidence.

The finding that certain risk factors increase chances of CDI in patients raises the possibility of identifying susceptible patients by risk stratification methods, such as algorithms. This process could help hospitals take preemptive measures to limit the occurrence and spread of C. difficile. One study conducted at Augusta Health, a community hospital in Virginia, developed a predictive tool based on four criteria and 29,453 patient records. Their algorithm could identify CDI cases in records from new patients with a sensitivity and specificity of 85 and 90 percent, respectively. Importantly, the authors noted that identified high-risk patients may not necessarily develop CDI, so clinical testing remains important. Moreover, it is possible that the predictive tool may only work in the local setting where it was developed, so new algorithms may need to be developed in different settings. Another study examined the impact of screening for C. difficile upon admission to identify asymptotic carriers that may unknowingly spread it. Their simulation found that systematic testing for asymptomatic carriers, followed by contact precautions, could lower the incidence of CdC and CDI by 40–50 percent and 10–25 percent, respectively. Overall, the finding suggests that screening could mitigate C. difficile spread.

Eradication of C. difficile from hospital and healthcare settings remains a challenge but progress is forthcoming. A number of possible barriers may hinder these efforts, including asymptotic CdC carriers and a lack of adherence to elimination practices. However, as more risk factors are identified, they can help inform better policies and the auditing of those policies to curtail the spread of C. difficile. Promising avenues for eradication include improved cleaning protocols, development of more effective treatment options, and identifying patients at risk. 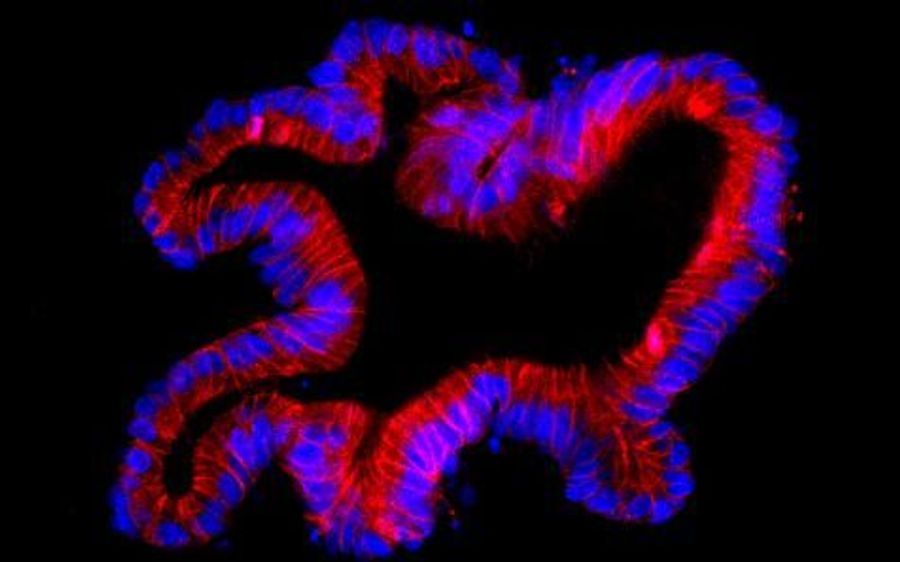 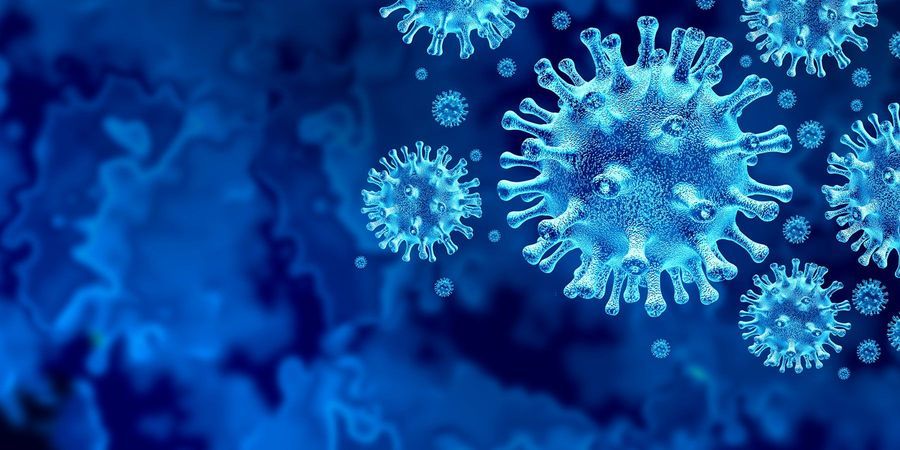 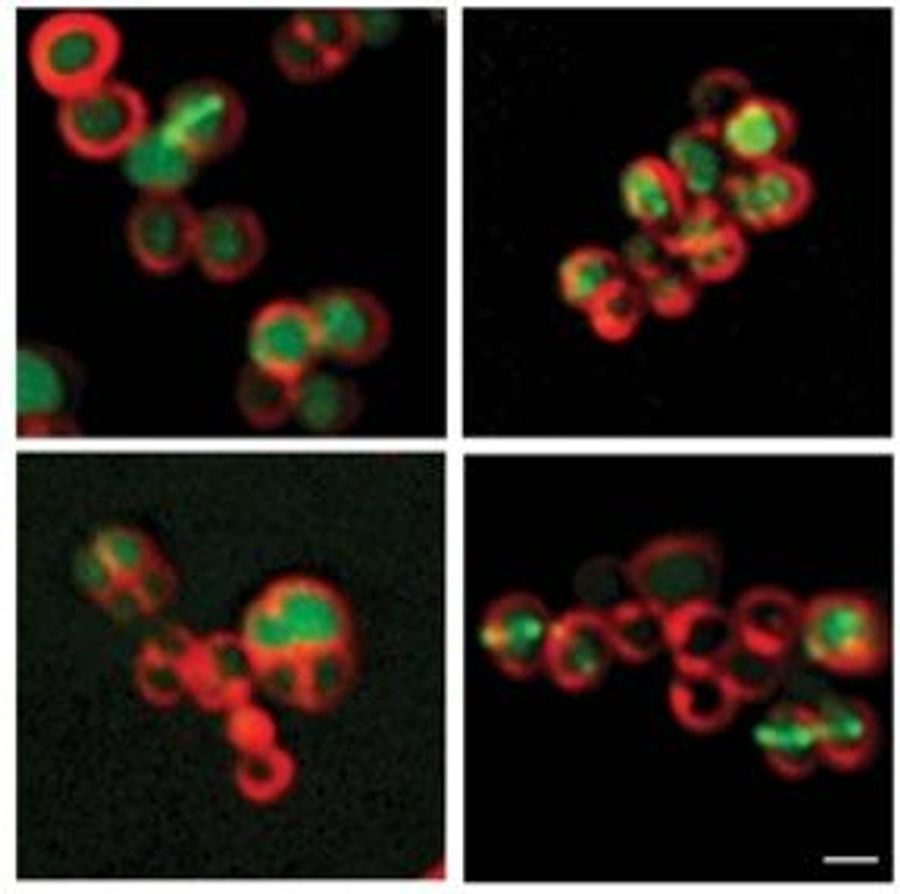 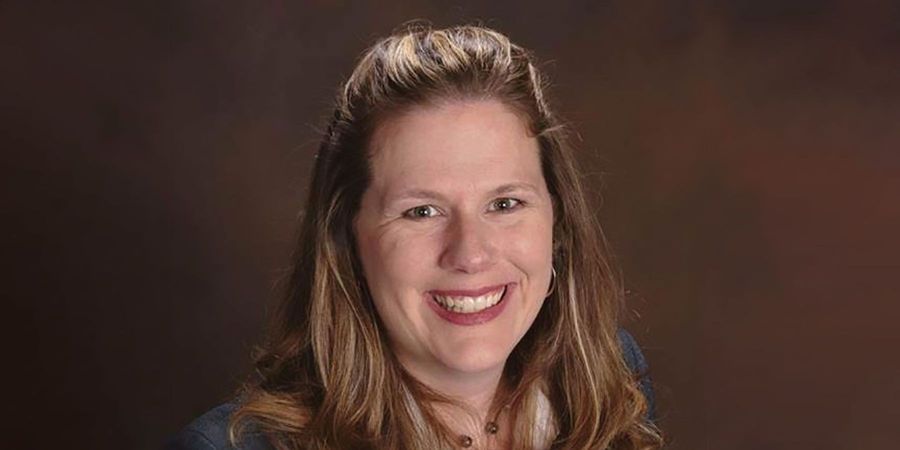 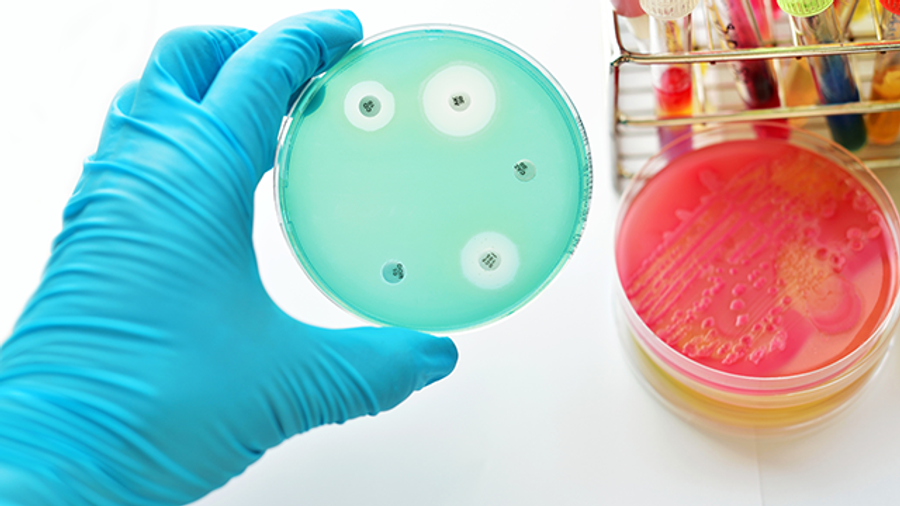 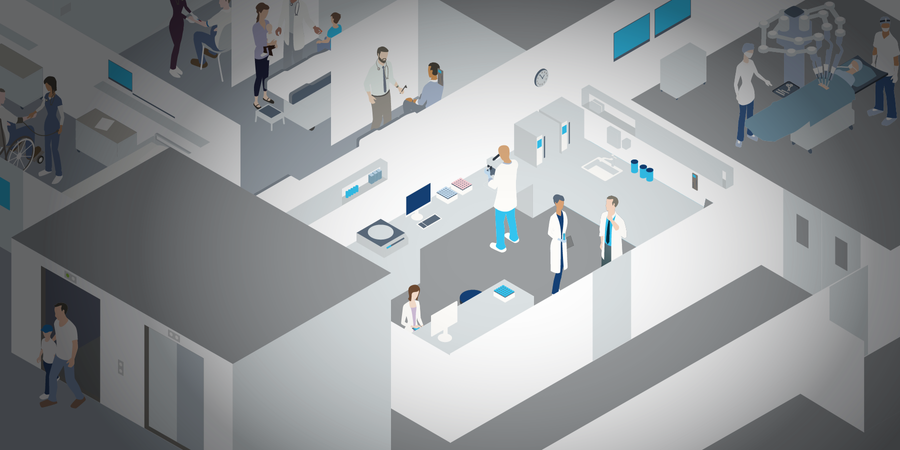