Although hospital, academic and commercial laboratories are scrambling to ramp up testing for SARS-CoV-2, the virus that causes COVID-19, shortages of supplies are continuing to hamper efforts and leading to backlogs in testing.

In the weeks since the US reported its first COVID-19 case in mid-February, dozens of laboratories and companies have developed tests for the virus and about 2.3 million tests have been performed (as of April 9). According to the Food and Drug Administration (FDA), more than 270 tests developers have said they will be submitting emergency use authorizations (EUA) requests to the agency for COVID-19 tests, and 31 EUAs have already been issued. As of April 9, more than 150 laboratories across the United States are testing for the virus.

From Abbott’s 15-minutes rapid test to Luminex’s Aries SARS-CoV-2 assay to MicroGenDx’s KEY saliva test (still pending FDA approval), testing capacity has risen from just 31,000 per day on March 9 to more than 100,000 per day. However, almost all labs are finding it difficult to guarantee a satisfactory flow of swabs, reagents, collection tubes, and media for transport.

Quest Diagnostics reports that it is behind on about 80,000 tests nationwide, and in California, more than 14,000 are awaiting COVID-19 tests results. Quest has increased the number of labs performing COVID tests from one lab the week of March 9 to 12 by the end of March. As of April 6, Quest said it had performed and reported results of nearly 550,000 COVID tests and was working to reduce its backlog, noting that the 80,000 backlog is a 50 percent decline compared to the backlog of approximately 160,000 tests as of March 23. The backlog of 80,000 tests corresponds to approximately two to three days of testing.

A survey of 323 hospitals conducted by the US Department of Health and Human Services, published April 3, found that many faced severe shortages of testing supplies and frequently waited a week or longer for results. Many hospitals reported that they were competing with other providers for limited supplies, and that government intervention and coordination could help reconcile this problem nationally. For example, hospitals wanted the government to ensure that they have access to test kits and swabs, make tests faster by allowing more entities to conduct and produce tests, and help hospitals obtain personal protective equipment supplies and other supplies, such as ventilators.

The shortage of supplies is forcing some laboratories to limit the testing they are doing. ARUP Laboratories, a large reference laboratory in Salt Lake City, began testing for COVID-19 on March 12, but announced March 16 that it would limit testing to clients within the state of Utah because of supply chain issues. At this point, all labs are having to prioritize who gets tested by following the CDC’s guidelines of testing only people who are showing signs and symptoms of COVID-19, with hospitalized patients and symptomatic health care workers getting top priority.

Labs are also getting creative. To minimize delays, Stanford Health Care’s clinical virology lab has set up multiple workflows with different sets of instruments and suppliers, according to Benjamin Pinsky, the lab’s medical director. And some labs, including the University of California-San Francisco Medical Center, have begun using research-grade reagents to create their own lab-developed tests, and trying to validate different types of swabs.

A handful of companies dominate the market for nasopharyngeal swabs and viral transport media—Becton Dickinson, Copan Diagnostics, Puritan Medical Products, and Thermo Fisher. All have said they are increasing production of critical materials, but that they are prioritizing hotspots.

A few of the hardest hit cities and counties are planning to initiate surveillance testing to try to slow the spread of COVID-19. Miami-Dade, for example, plans to use new pinprick tests that detect antibodies in blood that indicate if someone has the disease or has recovered from it. Mayor Carlos Gimenez said in late March that the county had ordered 20,000 test kits. The University of Miami Miller School of Medicine and Disaster Management Group, which developed the rapid antibody tests, partnered with the county on the project.

Federal regulators have not endorsed antibody testing though the Food and Drug Administration (FDA) said March 16 that it didn’t object to companies producing serological testing for COVID-19 as long as recipients are warned that the tests aren’t FDA approved and should not be the sole basis of a diagnosis. The FDA has authorized one EUA for a rapid antibody test—an assay developed by Cellex Inc., based in Research Triangle Park, NC. The agency also issued a policy to allow developers of certain serological tests to begin to market or use their tests once they have performed the appropriate evaluation to determine that their tests are accurate and reliable. Since the FDA issued the policy, more than 70 test developers have notified the agency that they have serological tests available for use. 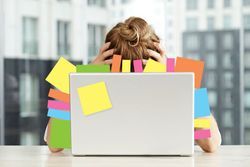 Who Is Doing All Those COVID-19 Tests? Why You Should Care about Medical Laboratory Professionals

Who Is Doing All Those COVID-19 Tests? Why You Should Care about Medical Laboratory Professionals