Cancer biomarkers can be used at all stages of the cancer journey to screen individuals for disease, predict prognosis, and monitor for disease recurrence. Established cancer biomarkers have been in use for many years, but none have been reliable enough to be used on their own; rather, they must be paired with additional tests such as imaging. New molecular tools and technologies are allowing researchers to improve the sensitivity and specificity of these existing biomarkers, increasing their overall impact on cancer care and limiting the number of tests patients must go through during their cancer journeys.

Biomarkers for cancer screening and early detection must be sensitive enough to detect disease at an early stage and eliminate false negatives, but also specific enough to limit the number of false positives. To enable screening of large populations, assays using these biomarkers must also be non-invasive and cost-effective.

To date, no biomarker is sensitive or specific enough to be used on its own for cancer screening; costly supplemental tests such as ultrasound or MRI must still confirm any findings. Improving the performance of existing biomarkers will help limit the number of tests patients require to detect and confirm disease presence, allowing them to start receiving treatment sooner.

The first assay for prostate-specific antigen (PSA) was approved by the FDA in 1994, after it was discovered that men with prostate cancers have elevated levels of this protein in their blood. The use of PSA as a screening biomarker has long been questioned because many benign prostate conditions such as inflammation or infection can also increase circulating levels of this protein. To increase its specificity as a screening biomarker, researchers are trying to combine PSA with other predictive biomarkers like PCA3 mRNA.

Standard PSA testing must be performed at a laboratory and it can take days or weeks to obtain results. In contrast, the Sangia Total PSA Test, approved by the FDA on January 30, 2019, can detect total PSA in patient blood samples in less than 15 minutes and can be performed at the patient’s bedside. Though more convenient than traditional PSA testing, this assay must be paired with a digital rectal exam and biopsy is required to confirm diagnosis after testing. The advantage of the Sangia Total PSA test is that it eliminates wait time for results, allowing for immediate face-to-face follow-up with medical professionals and discussion of additional testing if necessary, shortening the timeline for a prostate cancer diagnosis.

While often used interchangeably, prognostic and predictive biomarkers have very different uses. Prognostic biomarkers provide information about the natural history of a disease in the absence of treatment. They are used to separate patients into groups depending on their anticipated outcomes, which can help avoid overtreatment in those with less aggressive disease.

In contrast, predictive biomarkers estimate a patient’s response to one therapy versus another or compared to the absence of treatment. Because current predictive biomarkers are not reliable, healthcare professionals usually err on the side of caution and overtreat patients. Improved performance of established biomarkers would help patients avoid unnecessary and uncomfortable treatments.

Expression of the estrogen receptor has been established as both a predictive and prognostic biomarker for breast cancer. Tissue samples from patient tumors are analyzed histologically for the presence of this protein. In terms of prognosis, estrogen receptor-positive tumors generally have a better outcome than estrogen receptor-negative tumors.

It has recently been discovered that mutations in the estrogen receptor gene ESR1 might also be able to inform treatment for breast cancer. A mutation in this gene might correlate with resistance to aromatase inhibitors, a class of drugs that depletes circulating estrogen in the body. A specific mutation in ESR1 is found at disproportionately high rates in metastatic tumors that have progressed despite being treated with aromatase inhibitors. This finding may lead to a new estrogen receptor-based predictive biomarker.

During treatment, changes in biomarker levels can indicate whether a treatment is working or not and if another treatment option should be considered. Once again, biomarkers cannot be used alone to monitor disease; they must be combined with other tests such as imaging. Improvement in established biomarkers could help limit the number of evaluations a patient receives and allow for faster changes to treatment plans that may not be working.

CA-125 is a large-scale protein shed by ovarian cancer cells into the blood that was discovered in the 1980s. Levels of this protein are used to monitor patients with ovarian cancer for efficacy of chemotherapy and disease recurrence. Similar to PSA, increased levels of CA-125 can also be associated with benign conditions such as pregnancy, endometriosis, and non-cancerous ovarian cysts. For this reason, CA-125 is an ineffective screening tool with limited applications.

There are still many challenges that must be overcome before biomarkers can be independently relied on for detection, diagnosis, and prognosis of cancer. Important strategies are being developed to address some of the major limitations of current biomarkers. For example, multi-gene or multi-protein panels are being assembled to improve the sensitivity and specificity of biomarker assays. Liquid biopsies are also being investigated for their ability to capture tumor heterogeneity better than traditional biopsies, resulting in more informed treatment decisions.

Combining multiple biomarkers into a panel increases the sensitivity and specificity of the assay at all levels. In cases where one biomarker is not detectable, the assay may be able to detect another. With multi-gene/protein panels, established biomarkers can be combined with newer, complementary biomarkers to increase their overall reliability and limit the need for additional tests throughout a patient’s cancer journey.

OVA1® is a prognostic assay used to predict the likelihood of malignancy in women with pelvic masses scheduled for surgery. It is based on the presence of 5 protein biomarkers in blood samples including CA 125-II, inflammatory proteins, and transport proteins. This assay was FDA approved in 2009 and was the first preoperative serum biomarker test for ovarian cancer. The utility of this test is in determining what additional interventions may be necessary in addition to surgery based on the identified risk of malignancy.

Mammaprint was approved by the FDA in 2007 as a prognostic assay for breast cancer. This microarray-based test evaluates mRNA isolated from breast tumor tissue using a 70-gene signature to evaluate risk of recurrence in patients with breast cancer. Breast tumors are categorized as being at high- or low-risk of recurrence within 10 years of diagnosis to help patients and healthcare providers make informed decisions about what level of treatment is necessary.

Oncotype DX is a 21-gene expression panel used to identify the benefits of chemotherapy and the risk of distant recurrence in patients with estrogen receptor-positive breast cancer. Like Mammaprint, this assay evaluates mRNA isolated from breast tumor samples. It can predict the benefit of adjuvant treatments such as endocrine therapies for breast cancer.

In the future, we can expect that most biomarker assays will be based on liquid biopsy. The idea behind this technique is to identify tumor markers in the blood in the form of circulating tumor cells (CTCs), circulating tumor DNA (ctDNA), or other circulating biomarkers. CTCs can be shed from tumors into the bloodstream while ctDNA can be released by tumor cells due to cell death or active processes.

Liquid biopsies are less burdensome and better capture the molecular heterogeneity found in tumors than traditional biopsies. The challenge with liquid biopsy lies in identifying appropriate targets that are specific to tumors and can also be detected at minute levels in blood samples. Researchers have investigated absolute quantity of CTCs using specific cell-surface markers or even cell size. They have also attempted to identify ctDNA by looking for tumor-specific mutations or epigenetic changes. Efforts to identify appropriate targets are still underway as this is a relatively new field.

CELLSEARCH® was approved by the FDA in 2004 and is used to quantify CTCs of epithelial origin using the protein markers CD45-, EpCAM+, and cytokeratins 8, 18+, and/or 19+ in blood samples. Increased epithelial cells have been shown to correlate with increased tumor burden. This assay can monitor patients with metastatic breast, prostate, or colon cancer for recurrence, but must be used in conjunction with other clinical assays.

For many years, the shortcomings of established biomarkers for cancer have been recognized. Even with the discovery of new biomarkers, tried and tested assays continue to be the standard for cancer screening, prognosis, and monitoring. Combining established biomarkers with new, complementary biomarkers may be the ideal solution to increasing the reliability of established assays. When added to the discovery of CTCs and ctDNA, we are sure to see a major change in cancer screening, prognosis, and monitoring practices in the coming years. 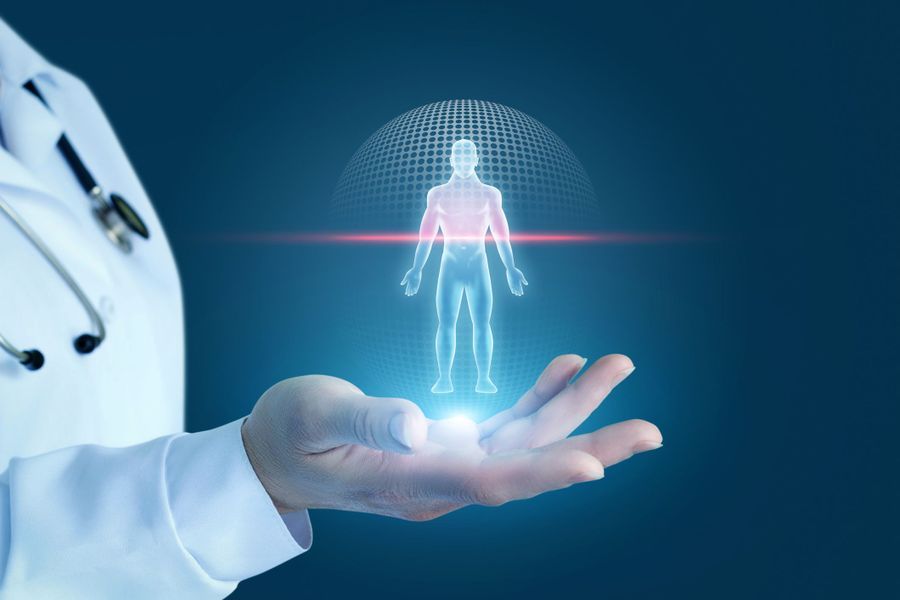 Single-Cell Proteomics: From Concept to Reality

Single-Cell Proteomics: From Concept to Reality 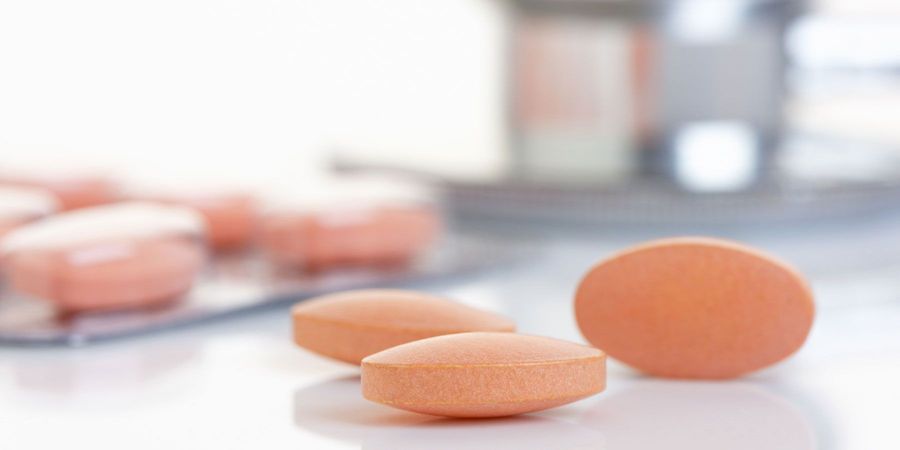 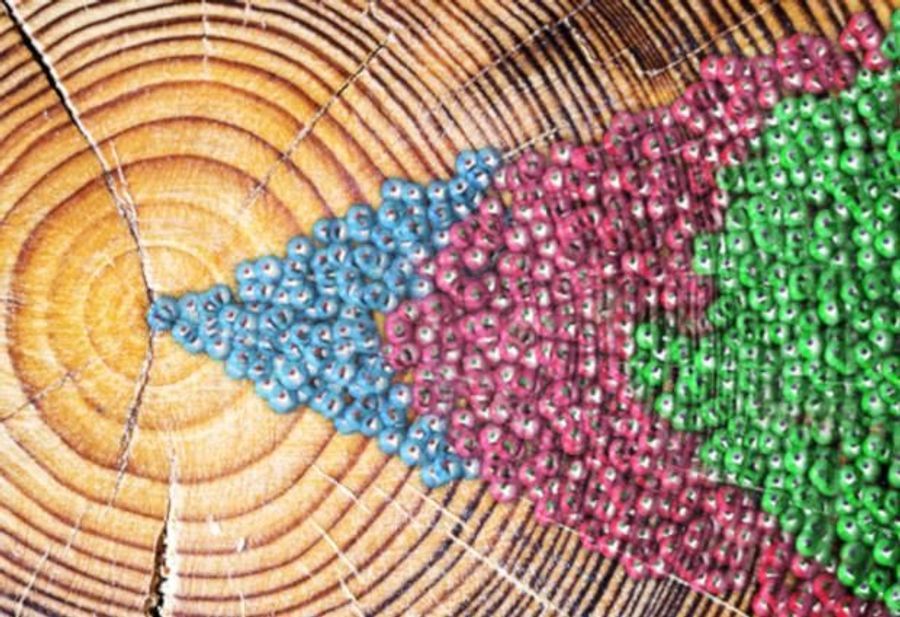 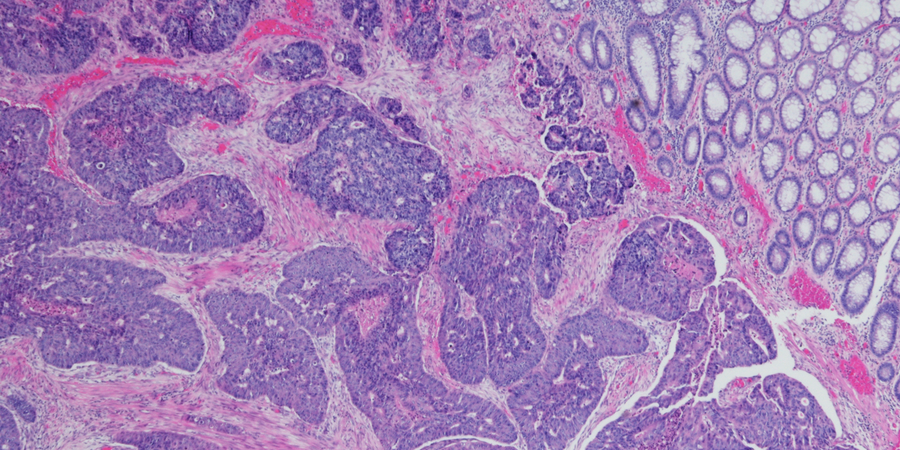