Despite a slow start in getting government approval to begin testing for SARS-CoV-2, the virus that causes COVID-19, a number of academic, hospital, and commercial labs across the US are rapidly ramping up their testing capability and expect to continue adding to the capability as they move testing to automated testing platforms.

As of March 15, 21 clinical laboratories have announced the ability to conduct COVID-19 testing in addition to the Centers for Disease Control and Prevention, 63 public health labs nationwide, and private and public health labs in California, according to former FDA Commissioner Scott Gottlieb and researchers at the American Enterprise Institute. Altogether, COVID-19 testing capacity currently exceeds 31,000 per day and is expected to increase quickly.

LabCorp currently can test 5,000 patients per day nationwide and says it is rapidly adding new equipment and staff to create additional capacity. Quest Diagnostics currently can test 5,000 patients per day and expects to be able to perform tens of thousands of tests a week within the next six weeks, says a company spokesperson. Both labs say the tests can be ordered anywhere in the US by physicians or other healthcare providers, but that the specimens must be collected by the ordering clinician and then sent to the lab using standard operating procedures. Assuming there are no delays or shortages of necessary materials and supplies, commercial capacity is expected to exceed 280,000 tests per week by April 1, according to the American Clinical Laboratory Association (ACLA).

Northwell Health Laboratories (Lake Success, NY) began testing on March 8, using kits provided by the Centers for Disease Control and Prevention (CDC), and added Genmark’s semi-automated ePlex SARS-CoV-2 Test on March 11, says James Crawford, MD, PhD, chair of the department of pathology and laboratory medicine and senior vice president for laboratory services. Northwell also is validating a new molecular test from Hologic that will be run on a fully automated system and anticipates being able to go live with this high-volume testing within the next couple of weeks. Several other companies have also developed tests for COVID-19, including Roche, Qiagen, Aytu Bioscience Inc. and Integrated DNA Technologies.

While a number of clinical laboratories sought government approval to begin testing for SARS-CoV-2 in January, it wasn’t until Feb. 29 when the Food and Drug Administration (FDA) issued guidance providing an accelerated path for laboratories certified to perform high-complexity testing under CLIA to develop their own diagnostic tests for the SARS-CoV-2 virus pending an emergency use authorization. Under the guidance, certified labs can begin using their own COVID-19 lab-developed tests after validating them but before receiving FDA authorization. The labs have 15 days to submit a completed emergency use authorization request.

As of March 13, the FDA had issued four COVID-19 emergency use authorizations, to Thermo Fisher, Roche, New York State Department of Health, and to the CDC for use of its 2019-nCoV Real-Time RT-PCR diagnostic panel for patients who meet the CDC criteria for testing.

While hospital, academic and commercial labs are ramping up testing capability, the federal government does not have a way to count the tests those labs are running so there is no good measure of how many Americans have actually been tested for the virus. From Jan. 18 to March 12, the CDC and public health laboratories tested 18,644 specimens, but the number of patients tested was likely lower than that since labs initially were testing two specimens per patient. Guidance issued by the CDC on March 9 allowed labs to test two swabs with one test, so labs will be able to run one test per person instead of two.

Complicating the ability to screen all those who want to get tested is a shortage of some reagents used to perform the testing and strict criteria from the CDC on who should be tested. The FDA recently issued guidance with information about additional extraction platforms and reagents that can be used with the CDC test to help address supply chain issues that labs running the test may be experiencing. 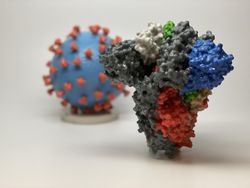 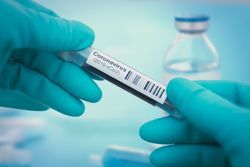