DURHAM, N.C.—Researchers at Duke University and Mount Sinai Hospital have identified a molecular mechanism that prevents a viral infection during a mother's pregnancy from harming her unborn baby.

When a person becomes infected by a virus, their immune system sends out a chemical signal called type I interferon, which tells surrounding cells to increase their anti-viral defenses, including making more inflammation.

This response helps to prevent the virus from copying itself and gives the adaptive immune system more time to learn about the new invader and begin to hunt it down.

A pregnant woman who encounters a virus generates these same signals to protect herself, but if those signaling molecules and the resulting inflammation were able to cross the placenta and reach the fetus, they would lead to serious developmental abnormalities and even fetal death.

But this generally doesn't happen, except for the Zika virus and a handful of other viruses known to replicate inside the fetus and harm it. (Despite almost 100 million reported cases of COVID-19 to date around the world, there is no strong evidence that the virus which causes the disease, SARS-CoV-2, poses a threat to fetuses.) 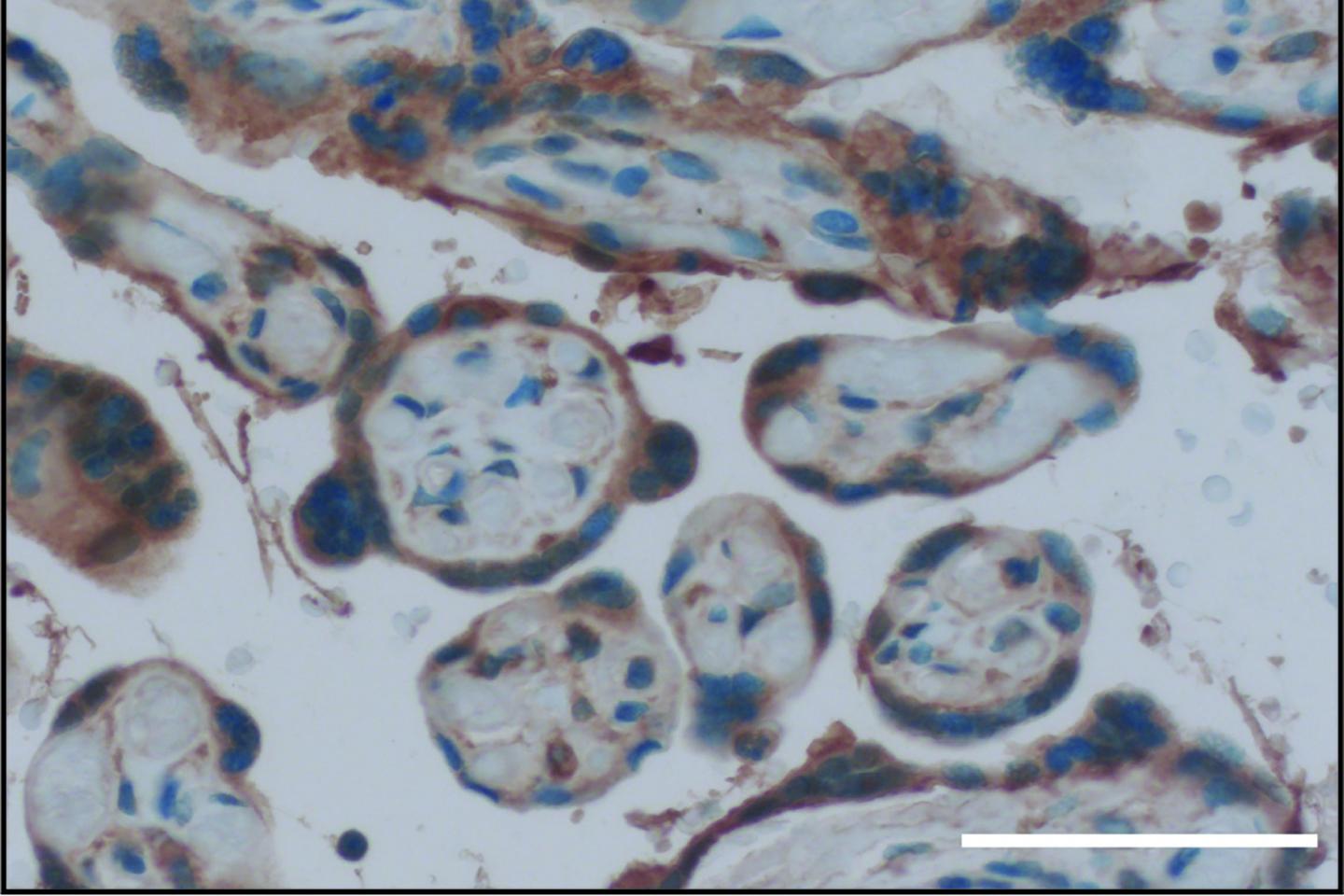 The research team found a mechanism that protects the fetus from the harm the mother's immune response to a virus could cause. In a paper appearing January 15, 2021, in Science, they identify a key player in this pathway as a cell-surface estrogen receptor called GPER1 that is especially abundant in the placenta and fetal tissues.

"This likely explains why many maternal infections during pregnancy don't hurt the fetus," said study leader Nicholas Heaton, an assistant professor of Molecular Genetics and Microbiology at the Duke School of Medicine.

Having arrived at GPER1 as a possible candidate for this effect by a series of screens, the researchers found GPER1 receptors concentrated in the placenta, where the mother's blood supply passes oxygen and nutrients over to the fetus. Estrogen levels are much higher during pregnancy, making the GPER1 receptor even better able to suppress interferon signaling in the placenta and developing fetus.

The researchers tried blocking this particular estrogen receptor in pregnant mice with a compound called G15. They found changes in the placenta during influenza A virus infection or G15 treatment, which led to slightly smaller mouse pups. But with both G15 and influenza virus present, the pups were dramatically smaller and many were stillborn.

They also tested mouse pregnancies with Zika and influenza B virus infections and saw that the addition of the G15 treatment again led to many more fetal defects.

"If we disable the GPER1 pathway, even normally benign maternal infections (like flu) will now cause major fetal developmental issues," Heaton said.

Heaton calls it a pathway because his team doesn't yet understand how GPER1 provides this protection. They suspect the receptor triggers other downstream mechanisms that come into play.

Heaton said the beauty of this system being concentrated around the baby is that it protects the fetus from inflammation, while leaving the rest of the mother's tissues more able to use interferon to fight the virus.

The researchers are next going to pursue tests of whether "hyperactivating" the GPER1 pathway would be a way to protect fetal development when a mother becomes virally infected.

- This press release was originally published on the Duke Today website

WHO Validates 11th Vaccine for COVID-19

WHO Validates 11th Vaccine for COVID-19