JUPITER, FL—People with Crohn's disease are typically treated with powerful anti-inflammatory medications that act throughout their body, not just in their digestive tract, creating the potential for unintended, and often serious, side effects. New research from the lab of Mark Sundrud, PhD, at Scripps Research, Florida, suggests a more targeted treatment approach is possible.

Crohn's disease develops from chronic inflammation in the digestive tract, often the small intestine. More than half a million people in the United States live with the disease, which can be debilitating and require repetitive surgeries to remove irreversibly damaged intestinal tissue.

Writing in the journal Nature on April 7, 2021, Sundrud's team finds that certain immune cells in the small intestine have evolved a molecular sensing mechanism to protect themselves from the toxic effects of high bile acid concentrations there. This sensory mechanism can be manipulated with small drug-like molecules, they find, and the treatment reduced small bowel inflammation in mice.

"It seems that these immune cells, called T effector cells, have learned how to protect themselves from bile acids," Sundrud says. "These T cells utilize an entire network of genes to interact safely with bile acids in the small intestine. This pathway may malfunction in at least some individuals with Crohn's disease."

Bile acids are made in the liver and released during a meal to help with digestion and absorption of fats and fat-soluble vitamins. They are actively recaptured at the end of the small intestine, in an area called the ileum, where they pass through layers of tissue that contain the body's dense network of intestinal immune cells, and ultimately reenter the blood stream for return to the liver.

Because they are detergents, bile acids can cause toxicity and inflammation if the system becomes unbalanced. The whole process is kept humming along thanks to an intricate signaling system. Receptors in the nucleus of both liver cells and intestinal barrier cells sense the presence of bile acid and tell the liver to back off on bile acid production if there's too much, or to produce more if there aren't enough to digest a big steak dinner, for example.

Given how damaging bile acids can potentially be to cells, scientists have wondered how immune cells that live in or visit the small intestine tolerate their presence at all. Sundrud's team previously reported that a gene called MDR1, also known as ABCB1, becomes activated when an important subset of immune cells that circulate in blood, called CD4+ T cells, make their way into the small intestine. There, MDR1 acts in transitory T cells to suppress bile acid toxicity and small bowel inflammation.

In the new study, Sundrud's team uses an advanced genetic screening approach to uncover how T cells sense and respond to bile acids in the small intestine to increase MDR1 activity. 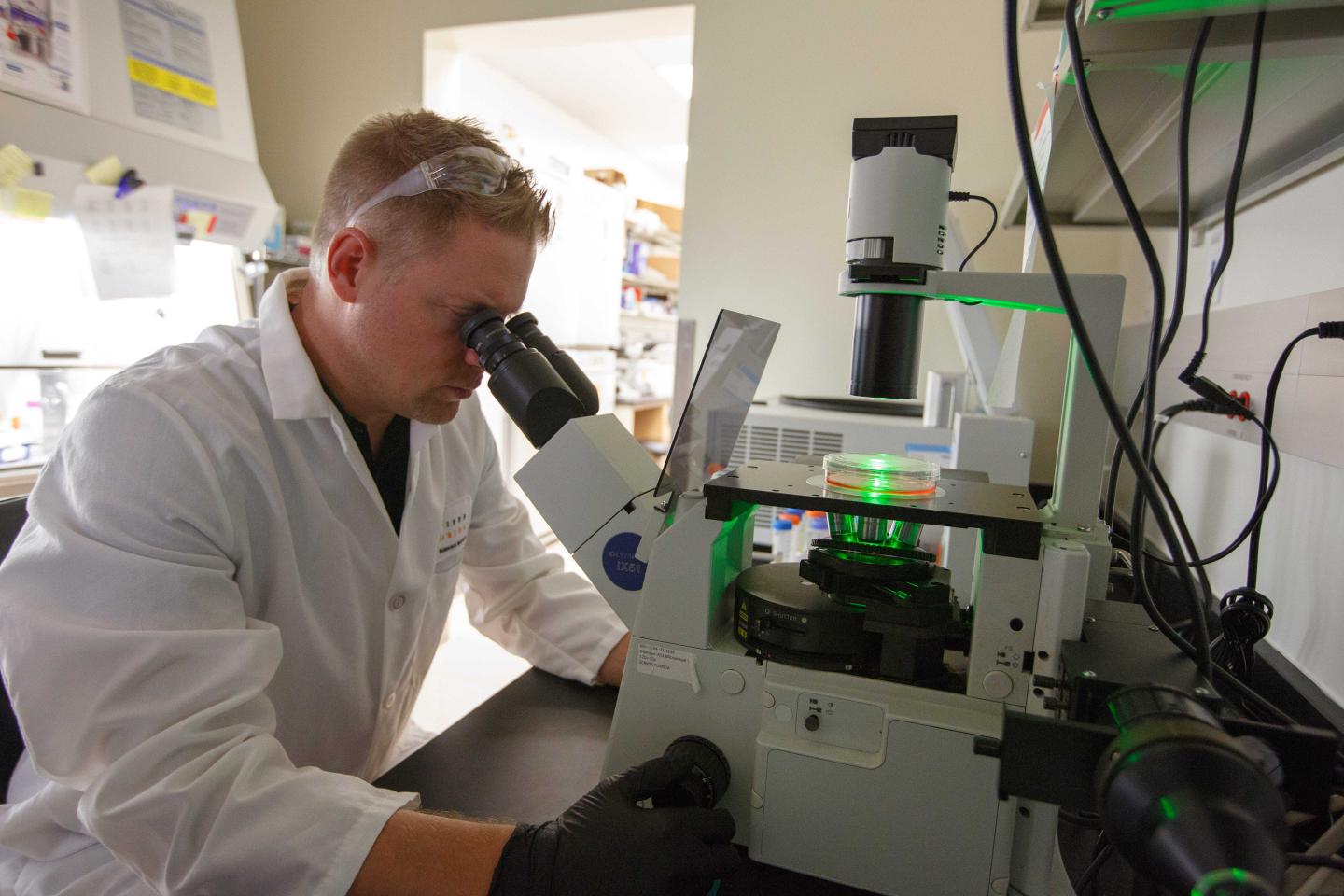 "The basic discovery that T cells dedicate so much of their time and energy to preventing bile acid-driven stress and inflammation highlights completely new concepts in how we think about and treat Crohn's disease," Sundrud says. "It's like we've been digging in the wrong spot for treasure, and this work gives us a new map showing where ‘x’ marks the spot."

The T cells contain a receptor molecule in their nucleus known as CAR, short for constitutive androstane receptor. Acting in the small intestine, CAR promotes expression of MDR1, and also plays a role in activating an essential anti-inflammatory gene, IL10, the team found.

"When we treated mice with drug-like small molecules that activate CAR, the result was localized detoxification of bile acids and reduction of inflammation," Sundrud says.

Sundrud says exploring the therapeutic potential of CAR activation will require caution and creativity, because CAR is also critical for breaking down and eliminating other substances in the liver, including many medicines.

Inflammation plays both positive and negative roles in the body. It can damage tissue, but it also suppresses cancer growth and fights infections. The current anti-inflammatory treatments shut it down systemically, throughout the entire body. That can have potentially serious consequences, such as lowering resistance to infections or easing off the brake on cancer. Directing treatment for inflammatory diseases only to the affected tissue would be preferable whenever feasible, he says.

"The roughly 50 million people living in the US with some sort of autoimmune or chronic inflammatory disease are all treated the same, medically," Sundrud says. "The holy grail would be to come up with druggable approaches to treat inflammation in only specific tissues and leave the rest of the immune cells in your body untouched, and able to fend off cancer and microbial infections."

- This press release was provided by Scripps Research Institute